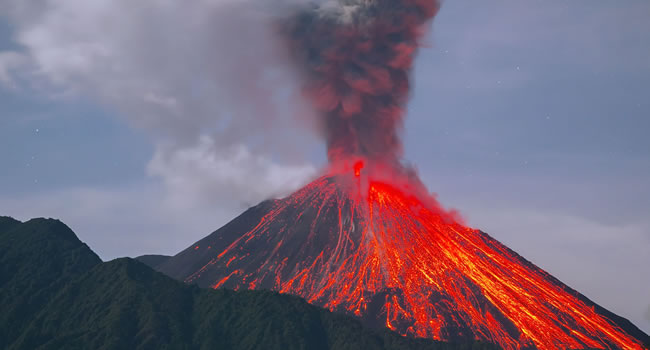 The Democratic Republic of the Congo (DRC) government has described as false alarm a previous report on Saturday of a fresh volcanic eruption in the Goma region in the eastern part of the country.

DRC’s Ministry of Communication and Media confirmed the falsity of the report in a tweet, using the hashtag “false alarm”.

“A plane just flew over the entire area of the flanks of the volcano. No eruptions were found.

“Rather, it was intense carbonisation activities of charcoal wood, the smoke of which was perceived as a volcano activity,” it tweeted.

In a previous tweet, the ministry announced “a low-intensity volcanic eruption is reported in the northern flank of the Nyamulagira”.

UPDATE: Latest reports from #DRC now suggest that there was no eruption of Mt. Nyamuragira as widely reported. The Government of DRC says a plane surveilled the area & found that the smoke was from intense activity of people cutting & burning trees for charcoal. pic.twitter.com/edRF6Ve9LP

Goma, the capital of DRC’s north-eastern province of North Kivu, is home to two active volcanoes — Nyamulagira and Nyiragongo.

The Mount Nyiragongo volcano erupted on May 22, killing at least 32 people, according to the local government.

Fears of another eruption of the Nyiragongo volcano keep looming in the region.

People were evacuated since Thursday from Goma and its surroundings to travel to areas designated by authorities as a precaution against the risk of another eruption.

The authorities relocated the majority of Goma’s residents to the city of Sake, about 26 km away from Goma, while some other residents chose to cross the border into Rwanda’s Gisenyi where the local government offers shelter for the affected people.

According to local media, seismic tremors are still perceptible in some areas of Goma.

But the situation is relatively calm as some evacuated families begin returning to the city.