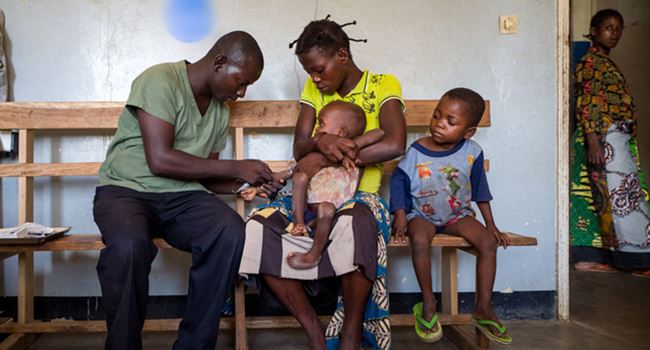 The United Nations Children’s Fund (UNICEF) has warned that the Democratic Republic of Congo’s healthcare system is in urgent need of support, or children’s futures will be destroyed.

UNICEF has called on the government of the mineral-rich country to allocate more resources to the failing health system as the conflict-ridden country is struggling to cope with five deadly diseases – malaria, measles, cholera, coronavirus and ebola.

“If not, it says, the lives of many Congolese children will be destroyed by preventable diseases,” UNICEF said in a statement on Tuesday.

Last year, 16.5 million malaria cases were reported in DR Congo. It suffered the world’s worst measles epidemic, which killed thousands of children under five. Also, Cholera is endemic – there were more than 30,000 cases last year.

The DR C is also trying to contain an outbreak of Ebola disease in the country’s east, where dozens of militias operate and one million people have been displaced.

Related Topics:DR CongoUNICEF
Up Next