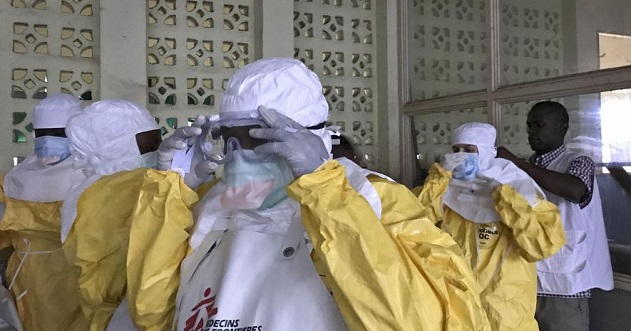 The death of a journalist who has been raising awareness on the dreaded Ebola virus in Democratic Republic of Congo (DRC) has been confirmed by local authorities.

Reports say the journalist identified as Papy Mumbere Mahamba was attacked by gunmen at his home in Lwebma, in the north-eastern province of Ituri.

According to a statement by the army in the DRC, the attackers who invaded Mahamba’s home also wounded his wife and burnt their house down.

The journalist according to reports had just finished anchoring an Ebola awareness programme on a community radio station when the attack took place.

The BBC World Service’s Africa editor Will Ross says over the past year there have been dozens of attacks on health centres and on people working to stop Ebola.

The violence is thought to be fuelled by the belief among many people that the virus is not real, which can lead to mistrust of those working in the sector.