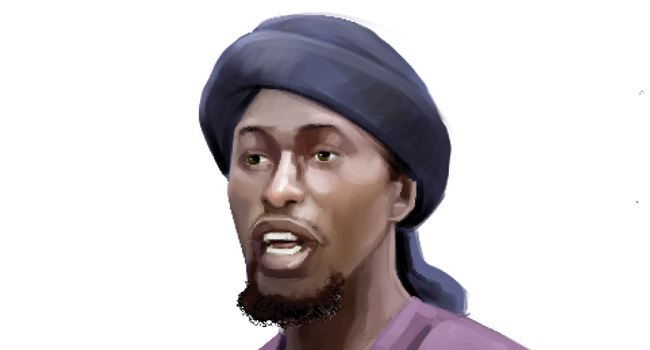 The once dreaded leader of the Islamic State West Africa Province (ISWAP) Abu Musab Al-Barnawi, has been reportedly killed in a gun battle with security forces in Borno State, multiple reports say.

The terrorist warlord was allegedly killed in the last week of August, shortly after former boss and erstwhile leader of the Boko Haram sect, Abubakar Shekau, was killed by the ISWAP group.

Al-Barnawi, who was placed on the most wanted list of terrorists by the Nigerian Army and some international anti-terrorism agencies, was the son of the late Boko Haram founder, Mohammed Yusuf, who was also killed by security forces in 2009 when he launched a war against the Nigerian state.

After his father’s death, Al-Barnawi became the group’s leader but soon fell out with Shekau and in 2016, the Islamic State (IS) militant group announced Al-Barnawi as the leader of its West African affiliate, Boko Haram, which was hitherto led by Shekau.

Al-Barnawi then became a vicious terrorist, leading sustained attacks on military facilities and troops in the Lake Chad region, while at the same time strategising on how to subdue Shekau.

It was reported at various times that ISIS partly chose Al-Barnawi as leader in the Lake Chad region in order to punish Shekau who reportedly “violated all known norms” and to also retain the confidence of Boko Haram fighters who were loyal to his father, Yusuf, amid threats from other factional groups.

Al-Barnawi was also said to have been trained by ISIS for years ahead of his ascension to power.

He controlled large chunks of territory in Northern Borno, imposed taxes on the local population and earned serious income from fishing, asides from the financial and material support he got from ISIS.

Al-Barnawi’s fighters had also destroyed many military super camps in Dikwa, Monguno, Abadam and Marte in Borno, and other military facilities around Geidam in Yobe State.

During his reign of terror, Al-Barnawi established many cells on the Lake Chad islands and surrounding villages from where his fighters launched attacks on Nigeria, Niger and Chad.

There are, however, two versions of the story of Al-Barnawi’s death, with one saying he was killed by Nigerian troops and the other version saying he died during a rival war within the ISWAP camp.

The first version has it that security operatives in the theatre of operation killed him alongside five top ISWAP leaders and many foot terrorists in an ambush around Bula Yobe, a community near the Borno/Yobe states border along Mobbar and Abadam axis that leads to the Lake Chad area.

The second version say he was killed in a leadership tussle between his group and another faction of terrorists from Central Africa that wanted to overthrow.

The military high command in Nigeria, has, however, neither confirmed nor denied the killing of Al-Barnawi because of the sensitivity of the issues involved.

The Director, Defence Information, Maj.-Gen. Benjamin Sawyer, was also not forthcoming when asked to either confirm or deny the story.

“If there is a problem in their (Boko Haram) camp, how will I know? We normally have a fortnightly brief on operations.

“If ISWAP or BHTs are fighting among themselves, it is the media that always gives the entire nation the information. It is not us, because we are not in their camps,” he was quoted as saying.