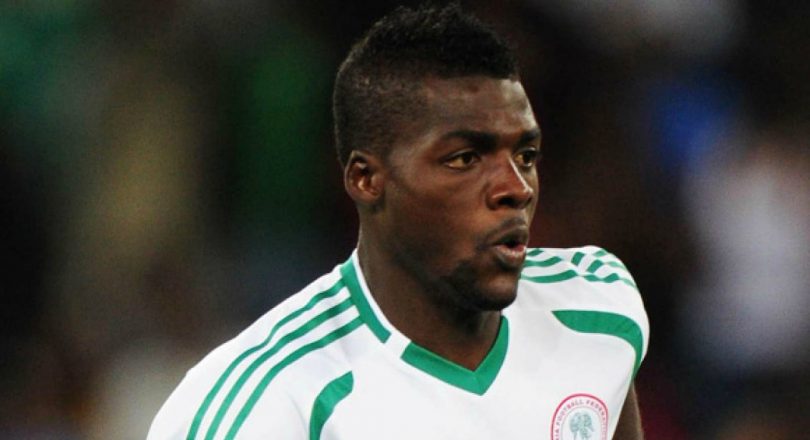 Super Eagles midfielder, John Ogu has reiterated his desire to ply his trade in the top-flight leagues of England, Spain and Italy.

The 31-year old, who currently plays for Hapoel Be’er Sheva in Israel, has played in three different leagues in Europe including Slovenia, Portugal, and Israel.

Ogu has already announced his departure from Hapoel this summer, and his tweet on Monday could as well mean he is on his way to any of the Premier League, La Liga or Serie A.

Dear @premierleague , @LaLigaEN , @SerieA , my dream to play in your league is still much alive. I am so looking for them challenges 🙏🙏🙏

He was part of the Nigerian squad to the 2018 FIFA World Cup in Russia, and is expected to be part of the team that will wear the Nigerian colours in Egypt next month for the Africa Cup of Nations (AFCON).

Nigeria have been drawn in Group B alongside Burundi, Guinea and Madagascar.

The Eagles will kick off their campaign against Burundi on June 22 in Alexandria.