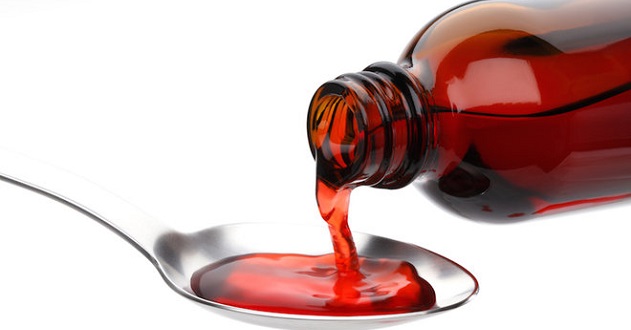 A Non-Governmental Organisation, Vanguard against Drug Abuse (VGADA), on Tuesday raised the alarm over the abuse of a popular blood tonic which is now employed by youths as a substitute to codeine.

The group which raised the alarm over the dangerous development said urgent attention is needed by stakeholders in the society to check the upcoming ugly trend.

President of the group, Dr Hope Abraham, while speaking with newsmen in Abuja on Tuesday, said that the youths had dropped the abuse of Benylin with codeine for a popular blood tonic.

He said the development was discovered by members of the organisation in the Federal Capital Territory (FCT), adding that efforts had begun to check the trend.

“This is the new way of intoxication for the youths after the ban of Benylin with codeine.

“It was one of our members who got this information while interviewing a pharmacist during sensitisation to drug abuse held recently in the territory.

“The pharmacist said that the youth had moved from taking Benylin with codeine to the blood tonic.

“The pharmacist also confirmed that in a space of two hours, she could sell five bottles of the tonic, and more sometimes, to these youths.

“He added that the youths would tear the pack right in front of the pharmacy and start gulping it down,” Abraham said.

He disclosed that out of curiosity, he had to check the ingredients of the tonic written on the pack, adding that he was shocked to discover that the blood tonic contained 13.5 per cent ethanol.

“I am surprised that some persons have found the blood tonic as an interesting substance to get intoxicated on,” Abraham said.

He, therefore, urged the National Agency for Food and Drug Administration and Control (NAFDAC) to address the new trend, saying that there should be a way to remove ethanol completely from the blood tonic.

Abraham advised the agency to interface with the manufacturer of the tonic to ensure that the ethanol content was removed, saying that such a move would help to lessen the menace of abuse of the drug.

“Ethanol on its own is alcohol. NAFDAC should tell us why there has to be such in the blood tonic.

“I want to urge NAFDAC to look for a way ethanol can be removed totally from the popular blood tonic because it is a blood tonic that helps patients who use it for their health issues, ” he said.

Abraham said that it was important for all to come together and ensure that “this new worrisome trend does not spread.’’

“Although the newfound substance has not yet escalated, we have come across someone into it, and every day, new substances of intoxication are coming up and young people are trying new ways on how to get intoxicated.”

He stated that the organisation had concluded plans to continue the national campaign against the use of prohibited substances by youths in the country.

According to Abraham, this strategy will help to spread the message faster, and we have already conducted several campaigns against the dangers of drug abuse and are urging the youth to shun the act.

“We will move from one state to the other. We intend to start with secondary schools because we need to catch them young and educate them on the dangers of abusing such drugs.

“The campaign is a continuous thing and it will dwell more on this new-found substance by the Nigerian youth,’’ he said.

The group’s president advised parents and guardians to be more observant of their children and ward’s behaviours and to know their friends, saying the measure was a way of reducing drug abuse.

He also called on other NGOs to adopt a more holistic approach to fight against the “evil act eating deep into the veins of the youths.’’

Air Peace in near-crash as tyre bursts on runway