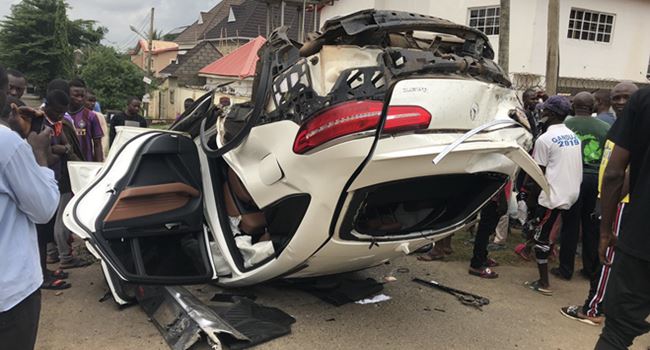 A yet to be identified driver on Saturday killed six people in the early hours of Saturday in the Gwarimpa area of Abuja.

Police in the Federal Capital Territory has launched a manhunt for him.

The Police Public Relations Officer of the FCT command, Anjuguri Manza, confirmed this to newsmen.

It was gathered that the driver who was suspected to have been drunk, committed the offence with a white Mercedes Benz sports utility vehicle with no number plate.

The driver was said to have rammed the vehicle into a tricycle, killing the driver and passengers as well as some pedestrians.

An eyewitness, who posted a video of the incident online, said immediately after the crash occurred, the driver and his companion fled and entered another car which sped off.

Manza said they had begun investigation into the matter.

“We have begun investigation into the accident but I cannot say much for now because I don’t have much details,” he said.