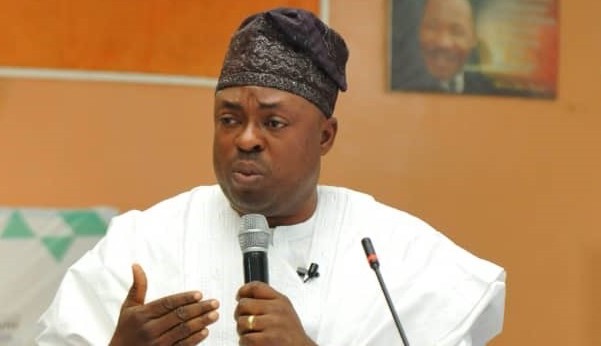 A 48-year-old man, Joshua Sayo, has been arraigned by the Department of State Services, (DSS) on Monday for allegedly defaming the Speaker of the Osun State House of Assembly, Hon. Timothy Owoeye, in a Facebook post.

Sayo, who was arraigned before an Osun State Magistrate Court, Osogbo, was said to have made the offending post on June 19, 2020.

While addressing the court, the DSS Prosecutor, Barr B.O Nweke told the court that the defendant committed the offence in Osogbo while also alleging that he defamed the Speaker by publishing contemptuous pictures and words on a Facebook account “Sayo Oki” against him.

Nweke also contended that the accused committed an offence contrary to Section 374(1)b & 374 and punishable under Section 375 of the Criminal Code Cap 34, Vol. 2 Laws of Osun State of Nigeria, 2002.

The defendant however pleaded not guilty to the defamation allegation, while his counsel, Ibraheem Imran, prayed the court to grant him bail in the most liberal term.

The Magistrate, Modupe Awodele, in her ruling, granted bail to the accused in the sum of 100,000 Naira with 2 sureties in like sum. She adjourned the case till July 14, 2020.