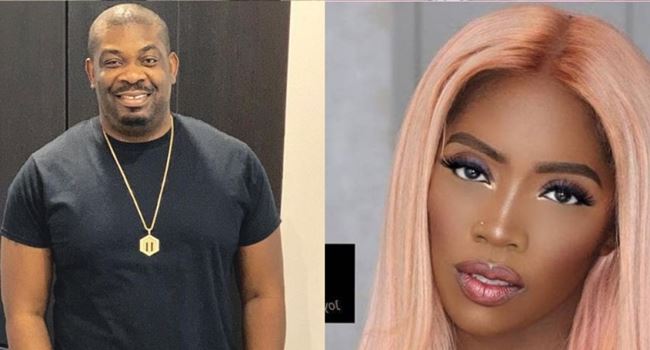 The pair of Supreme Mavin Dynasty head honcho, Don Jazzy and singer, Tiwa Savage have both been reportedly cautioned against making negative comments against the administration of President Muhammadu Buhari.

This came to light following a said invitation and subsequent questioning of the pair by the Department of State Security (DSS), regarding comments made by two of them on their official social media handles.

According to reports, Tiwa Savage was invited over by the DSS after she activated a campaign, ‘WeAreTired’, on social media in reaction to a rise in cases of rape in the country and also made social media posts to draw the attention of the Buhari administration to the issue.

Further reports suggested that after Don Jazzy and Tiwa Savage were both quizzed by the DSS at their Shangisha office two weeks ago, they were further warned to be mindful of the kind of posts they make on their respective social media accounts moving forward.

Three WASSCE students in Gombe yet to recover from Covid-19