DSS COURT INVASION: I can’t reach conclusion on something I wasn’t a ‘live witness’ to —AGF Malami | Ripples Nigeria 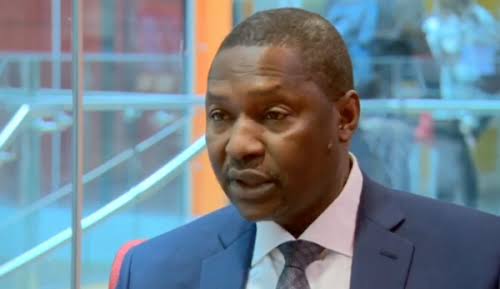 Minister of Justice and Attorney General of the Federation, Abubakar Malami, on Wednesday revealed that the Nigerian government has ordered a probe into last Friday’s alleged invasion of the Federal High Court, Abuja, by operatives of the Department of State Service (DSS).

Ripples Nigeria had reported how the DSS, in their bid to rearrest the convener of the #RevolutionNow Movement, Omoyele Sowore, had invaded the court.

Malami while addressing newsmen at the premises of the Federal High Court in Abuja, after paying a courtesy visit to the Chief Judge of the court, Justice John Tsoho, however did not disclose the reason for Sowore’s rearrest.

He said he did not visit the Chief Judge over Sowore’s case but to congratulate him on his confirmation by the Senate as the substantive Chief Judge of the Federal High Court.

Asked if he was not appalled by the DSS’ conduct, Malami said, “Whatever affects the integrity of the court is a worrisome issue for us.

“I can never be preemptive of an incident over which I was not a live witness to.”

He added, “But one thing I am certain of is that the government has put in place mechanism for investigation of the reported incident.

“So, I would not like to be preemptive in terms of a conclusion, one way or the other, without allowing the consummation and conclusion of the investigation process.”