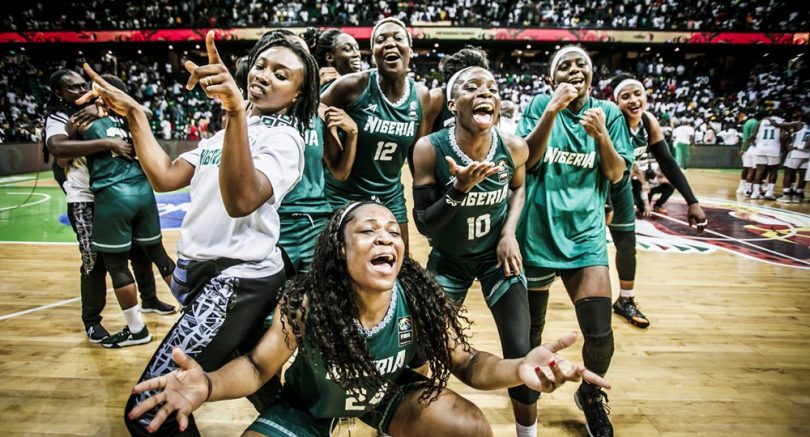 D’Tigress took a bold step to picking a ticket to the Olympics Qualifying Tournament (OQT) in 2020 after beating hosts Mozambique 57-48 points to go top of group A.

The reigning African Champions dominated the first half 21-8, 17-11 to win 38-19 points and will face Mali in the semifinals of the FIBA Africa pre-Olympics qualifiers.

Mozambique took the second half winning the third and fourth quarters by slim margins, 16-8, 13-11 but it was a case of too little too late as Nigeria stood their ground for a win.

The top performer for Nigeria was captain, Adaora Elonu who had 12 points, 1 assist and 9 rebounds. Ezinne Kalu and Evelyn Akhator scored 12 points each as Akhator also emerged the highest rebounder for the team with a total of 12.

Head Coach, Otis Hughley said the game against Mozambique gave the team the opportunity to play together as a team since their Afrobasket win.

“We are focused on the bigger picture of picking the olympics ticket which is the ultimate target for us as a team.”

Otis promised that the game against Mali in the semifinal will be different as they hope to take the pre-qualifiers one game at a time with the 2020 Olympics in Tokyo the ultimate target.