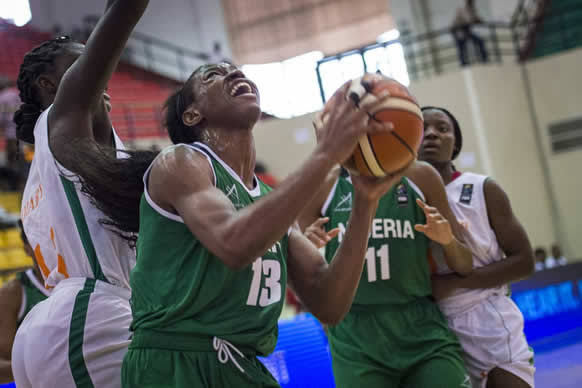 The Nigeria women’s basketball team, D’Tigress have taken a stand as a team after they lamented the poor treatment being meted to them by officials.

The complaints are coming a few weeks after D’Tigress clinched the 2021 Afrobasket title in Cameroon, a feat that sealed their third consecutive triumph in the continental showpiece.

In a video posted on social media, members of the team individually expressed their disappointment and anger, calling out the Nigeria Basketball Federation (NBBF).

Taking a stand in protest against the ill treatment, the team have threatened to boycott future international callups by the Federation.

The 2022 FIBA World Cup qualifying tournament is the next major event for the women’s team, and it is billed to take place early next year.

In the video, D’Tigress players outlined the injustices that have been allegedly perpetrated on them by the outgoing board of the NBBF, led by Engr. Musa Kida.

“First we want to thank the Nigerian Embassy in Cameroon for celebrating us. We appreciate you more than you know. Other than that, we do not feel appreciated or celebrated after achieving a historical feat,” started Victoria Macaulay.

Read Also: No automatic FIBA W’Cup ticket for D’Tigress, team to battle USA, others in qualifiers

“We have defended our championship and brought back the Cup in [2017,] 2019 and 2021, it’s historical but no invitation has been extended to the team to visit Aso Rock or a Presidential handshake, Why?”

Also, another member of the team, Promise Amukamara, faulted the claims by the Kida-led NBBF that the team were not being owed any monies.

“Musa Kida said that the Federation is not owing any players or officials allowances. This is far from the truth. The last time we checked, our allowances, bonuses, training grants and donations made by banks to players and officials and volunteers, still have not been paid,” she pointed out.

Ezinne Kalu also felt that D’Tigress are being marginalized, and that all their demands have been left unattended to ever since their former Team Manager resigned under cloudy circumstances.

“Ever since our general manager and team manager resigned, we feel like we have been marginalised. I have not seen a leadership like the former president, This one never really showed up for camps or competitions, to boost our morale. And we have significant concerns and issues that needs to be addressed, which he always gives vague answers as if our concerns are not important to him. Musa Kida was not in Cameroon but somehow he showed up in Abuja to take pictures and to raise the trophy again for political gain,” she said.

Ify Ibekwe opened up on the debt the players, officials and volunteers are being owed.

Atonye Nyingifa added: “there is a lot of things that can be done to increase our chances of success, starting with our travel, our flight, our team uniform, making sure they are standard. Two practices a day and not being able to access medical staff were some of the things we faced during the [Tokyo] Olympics.”

D’Tigress failed to win any game at the Tokyo Olympics, as they crashed out after losing their three group games despite having potentials of finishing well.

The NBBF is yet to comment on the video at the time of this report. But the Federation is currently planning on its general elections for a new board to emerge.