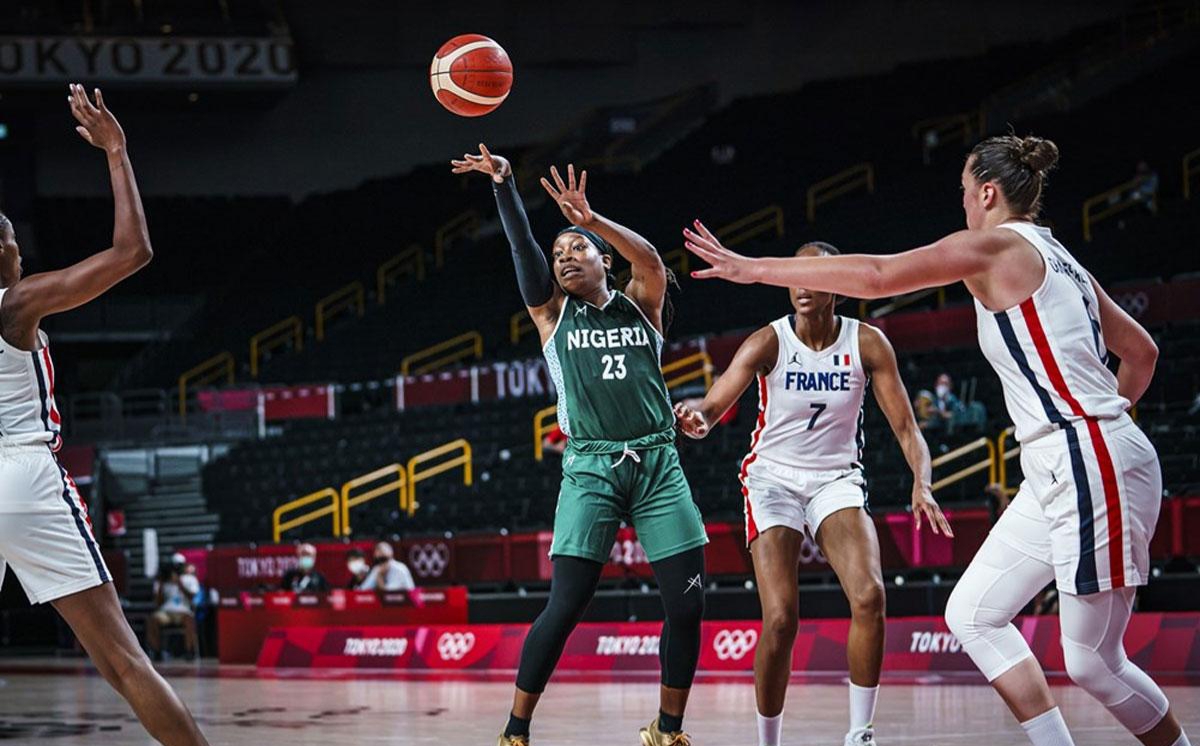 Nigeria women’s basketball team, D’Tigress were outclassed by their French counterparts in their second group game at the ongoing Tokyo Olympics.

The game played on Friday was the Nigerian ladies’ second defeat at the Games having lost their opening encounter against the United States.

France totally outplayed the Otis Hughley side, thrashing them 87-62 to put Nigeria’s hopes of reaching the quarterfinals out of their hands.

Victory over Japan would however not be enough for the Nigerian ladies, who would also need for the other result between USA and Japan to go their way.

Friday’s performance was a far cry from what was expected of the ladies as they had out in a way more impressive effort in their opening game against world number one, USA.

Related Topics:BasketballD’TigressFranceTokyo Olympics
Up Next