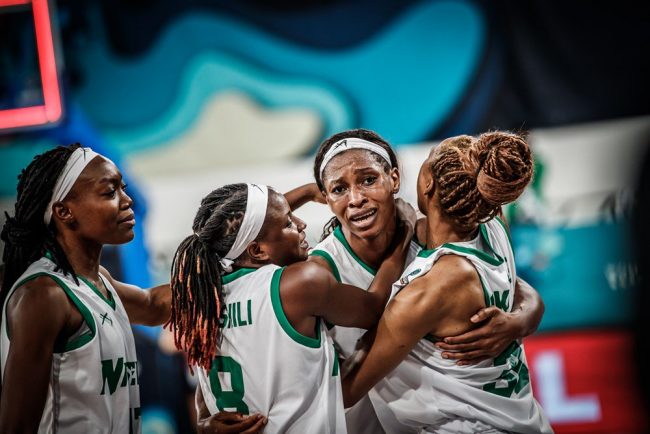 Nigeria women’s basketball team, D’Tigress have seen off Greece in a FIBA World Cup quarter-final qualifier to set up a quarter-final clash with the United States of America.

The Nigerian ladies overcame their Greek counterparts 57-56 in a thrilling encounter on Wednesday to become the first African team to reach the quarterfinal of the FIBA Women’s World Cup.

Having begun their campaign with a disappointing 86-68 defeat to Australia, the Otis Hughley girls revived their hopes of progressing when they stunned world no.7, Turkey, 74-68 in their second group game.

The girls went on to beat Argentina in their final group game on Tuesday night and qualified for the quarter final qualifying match, which they battled seriously with Greece in Tenerife, Spain to seal their spot in the last eight.

After drawing 15-15 in the first quarter, Nigeria added more effort and recorded a 16-11 win in the second quarter.

The reigning African champions took the third quarter with a 17-11 win, but struggled in the last quarter to finish 9-19 behind their opponents, but won the game anyway.

D’Tigress will now face the USA on Friday in the quarter-final of the tournament. 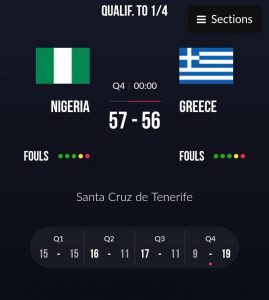