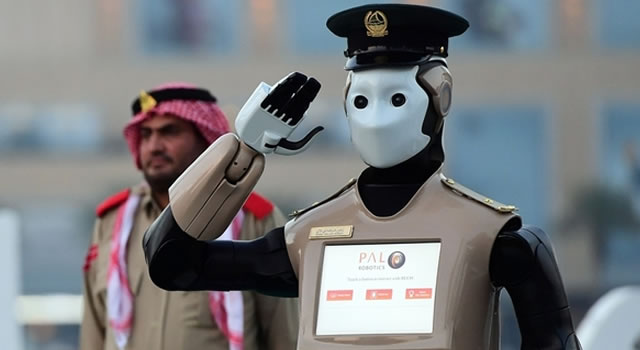 Dubai, one of the largest and most populous cities in the United Arab Emirates (UAE) located on the southeast coast of the Persian Gulf has decreed itself as the AI capital of the future.

It can feel as if Dubai is constructing the set of a science-fiction movie based on the prototypes it has unveiled in recent months, autonomous robocops may someday patrol the Dubai Mall as flying taxis whisk passengers above the gridlock-prone Sheikh Zayed Road.

Self-driving bus-like pods might also drop commuters directly at their doorsteps. At the main airport, a system of hidden cameras disguised as a virtual aquarium tunnel may in the near future scan passengers’ faces and irises as they gawk at digital fish.

A leadership reshuffle in October reinforced the government’s commitment as Sheik Mohammed appointed 27-year-old Omar bin Sultan al-Olama as the UAE’s Minister of Artificial Intelligence, creating what is thought to be the world’s first such Cabinet position.

“With AI, we cannot afford to be reactive. We must be proactive,” al-Olama tells TIME. “That’s the goal of government: to be proactive and do something about it today.”