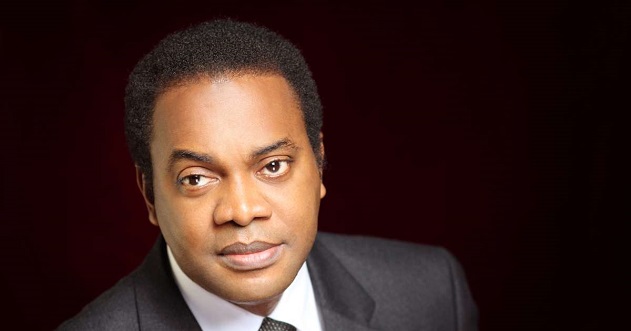 Following Friday’s decision of the Federal High Court Abuja nullifying the candidacy of former Cross River State governor, Donald Duke, and instead declaring Prof Jerry Gana, a former Nigerian minister of information, as the authentic presidential candidate of the Social Democratic Party (SDP), Duke has revealed his next steps..

Duke told journalists in Lagos that: “While we await a copy of the judgement for a detailed review, it is imperative we reiterate our constitutionally backed belief.

“Every Nigerian who meets the legal requirement is entitled to contest for the office of the President.”

“Any law that seeks to curtail or subvert that right under any guise is unconstitutional, null and void and of no effect.

“The delegates of our great party at its convention in October, overwhelmingly elected me as their presidential Flag-bearer

“Any attempt to subvert their wishes through the instrumentality of the courts will be challenged.

“As a Law abiding citizen, I urge my supporters and members to remain calm as we are confident that the decision of the Court will be upturned on appeal.

“We are optimistic that the Appellate Court will reach a decision that reinforces the essential tenets of the Constitution of the Federal Republic of Nigeria.”

He said his optimism was in line with the wishes of members of the SDP.

Meanwhile, the 37 state party chairmen of the SDP, including that of the Federal Capital Territory, have rejected the Justice Hussein Baba-Yusuf-led court order which declared Prof. Gana as the presidential candidate of the party.

The chairmen, in a statement jointly issued on Saturday by its Forum’s Chairman, Oke Idawene and Secretary, Abubakar Dogara, insisted that the Duke remained the presidential candidate of the party for the 2019 election.

The chairmen said the court’s ruling was an act of gross injustice, adding that it will not prevail.

The statement read, “The party shall abide by the unanimous decision taken by the party’s delegates and the mandates of the 36 state chapters and the FCT when they convincingly and overwhelmingly voted for Mr. Donald Duke in the October 6, 2018, national presidential primaries of the party.

“The mandate given to Donald Duke as the party’s presidential candidate is sacred, supreme and so remained sacrosanct as the will and ultimate decision of party members and leadership which no court can abort.”

The Forum said it would use all available legal and judicial processes to protect its mandate and ensure that the will of the people prevailed.

“We wish to use this medium to assure the general public, especially party members to remain calm and steadfast in their support and goodwill for the party and its presidential candidate towards the actualisation of the vision of the Party to rescue Nigeria through the 2019 General elections.

“The SDP is working within the ambiance of the law to vacate the order of the Abuja court where Prof Gana is trying to pervert and arrest justice through his unlawful claims.

“Against this backdrop, our legal team has filed an appeal against the order of the High Court at the Appeal Court in Abuja. Therefore, we want to appeal to all party members across the country to continue with their party activities and campaigns with utmost decorum, decency, and orderliness”.