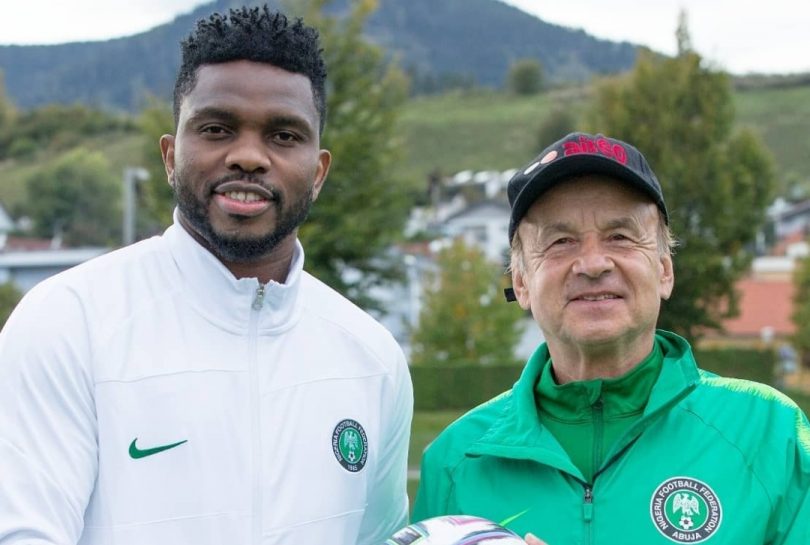 Super Eagles coach, Gernot Rohr has expressed his desire to win the tie against Sierra Leone to ensure early qualification for the 2022 Africa Cup of Nations (AFCON).

The Franco-German gaffer said this Ahead of their doubleheader clashed with Leone Stars billed for November 13 at the Samuel Ogbemudia Stadium in Benin and November 17 in Freetown.

Rohr’s men are currently top of the AFCON qualifying group L with two wins, and would secure a spot in the Cameroon tournament if they are able to clinch two victories within four days.

“We do not in any way underrate the Sierra Leoneans that we play over two legs within these four days, but we have our focus and objective for the matches,” Rohr declared.

“We want to win both games so we can have the ticket and be able to be little more relaxed for the final games.

“You know that next year, we also have the World Cup qualifiers to focus on. It is better to get the Africa Cup of Nations job behind us now.

“I am excited by the spirit of the players and their sense of dedication and commitment. We have not played a competitive match in a year, but they look very ready and good to go. Our mission is six points in these two matches,” added Rohr.

The Eagles are currently camping in Benin ahead of the matchday three fixture and are set to have a closed-door training on Thursday.