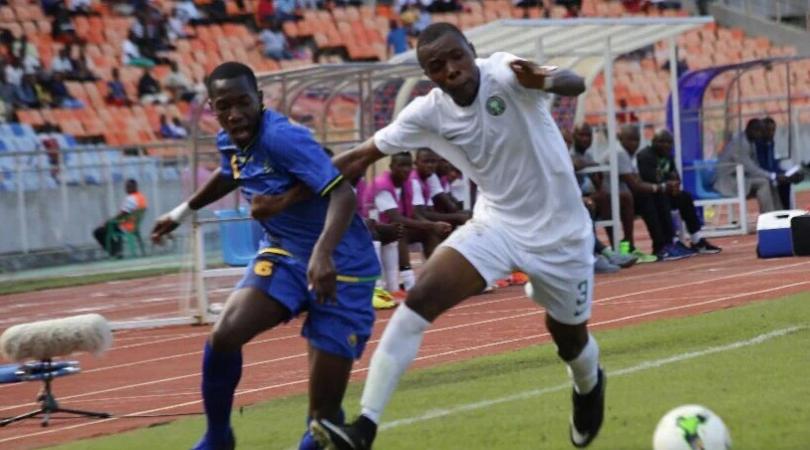 The Golden Eaglets of Nigeria kicked off their U-17 Africa Cup of Nations (AFCON) campaign with a thrilling 5-4 victory over hosts Tanzania on Sunday.

Olatomi Olaniyan scored in the 20th minute for Nigeria when he fired the ball past Tanzania goalkeeper Abdallah Yahya, before the hosts grabbed the equaliser almost immediately through John Edmund.

In the half hour mark, Nigeria went ahead again courtesy of a fine effort by Wisdom Ubani while Akinkunmi Amoo made it three for the Eaglets soon after half time.

Kelvin John scored another goal for Tanzania before Suleman Shaibu put the ball into his own net to level both sides on 58 minutes.

Edmund the tucked home a penalty on the hour mark to give the hosts the lead for the first time in the encounter, but Ubani later equalized, before Substitute Ibraheem Jabaar scored the winning goal for Nigeria 11 minutes from time.

The Eaglets will tackle Angola in their next game on Wednesday at the National Stadium, Dar es Salaam.