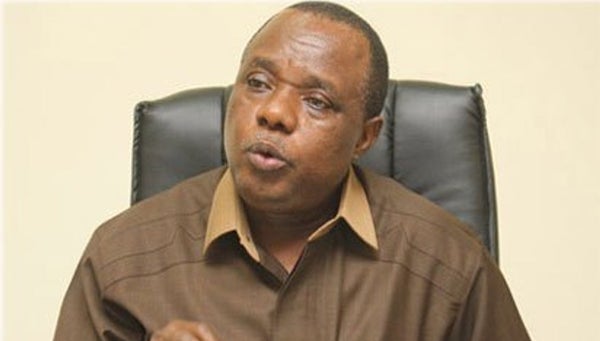 The Chairman of Revenue Mobilisation Allocation and Fiscal Commission (RMAFC), Elias Mbam, said on Thursday the Eastern railway corridor project recently approved by the Federal Government, would boost commercial activities in the South-East.

In a statement issued on Thursday in Abakaliki, Mbam said the initiative would enhance timely evacuation of goods, especially agricultural produce, from the South-East to other parts of the country.

He commended the federal government for the approval and inauguration of the project, especially for approving the redirecting of the rail line to pass through Abakaliki, the Ebonyi capital.

According to him, the development will trigger high- volume of commercial activities in the state.

The RMAFC chief maintained that Abakaliki is strategically located on the corridor between the Northern part of the country and the rest of the South-East and serves as a major gateway between the region and the nearby Cameroon.

Mbam said: “The transportation of goods especially agricultural products from Northern states of Taraba up to Borno to the South-East is possible through the Ogoja-Abakaliki trunk A route.

“Therefore, the new rail line passing through Abakaliki serves to bridge the gap between the South-East and the northern part of the country in areas of agro-businesses, commerce and trade.

“It is imperative to point out that Ebonyi is vastly known for its agricultural endowments especially in rice farming. In fact, the popular Abakaliki rice has the capacity, if well commercialised, to contribute greatly to improving food security in Nigeria.

”Ebonyi is also known for its rich solid mineral resources; lead, zinc, iron ore, granites among others, which are harnessed in high commercial quantity.”

Reps promise passage of PIB before end of year

Yoruba leaders to meet over insecurity in South west region