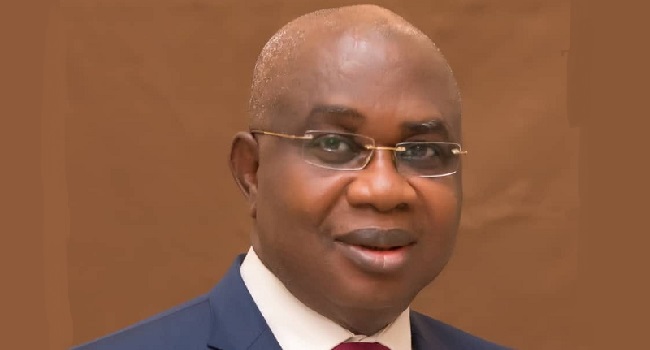 Days after losing the ambition to become the next governor of Ebonyi State, governorship candidate of the All Progressives Congress (APC), Senator Sonni Ogbuoji, has reacted to his defeat and talked about what happened during the election.

Ogbuoji, who has kept mute after incumbent Governor David Umahi of the Peoples Democratic Party (PDP) was declared winner of the poll in the state, finally described the exercise as shambolic and rejected its outcome.

Speaking to newsmen in Enugu on Wednesday, he said, “We have assessed the conduct of the gubernatorial and House of Assembly elections in our state and the experiences our people went through.

“We were not in a hurry to make our position known until we have got all the facts, consulted widely and taken accounts and discoveries from our members, candidates and supporters.

“We have decided to make some facts public and clarify impressions about what happened on that fateful day in the state.”

Ogbuoji claimed that votes that gave Umahi victory were procured with the connivance of the system. He said because the PDP candidate was not the choice of the people that residents of Ebonyi, who despite coercion, decided for a happy future by voting for him, wore “gloomy faces” the moment the result was announced.

“We, therefore, reject in its entirety the shambolic exercise, the processes that led to it and the result or outcome,” he said.

According to him, APC leadership in Ebonyi would sacrifice its convenience; overlook victimisation to support every step that would foster good leadership in the state.

He added, “I will continue to make personal contributions in any conceivable way that will ensure the smooth leadership of our dear state. At this point, our hearts go out to those citizens of the state that were killed, maimed, hurt, injured, kidnapped, brutalised and denied their rights.

“To those that felt they did the right thing and made the right choice that historic day, we wish them well and leave it for posterity to judge us all. We pray for Ebonyi to become that state of our dreams that will assure a better life for our people, the sole reason for which we wanted power.”