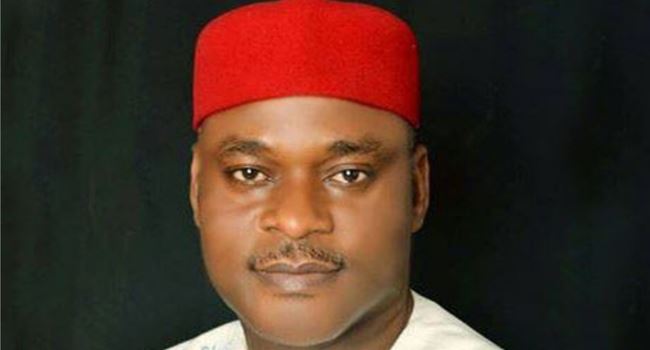 The ruling All Progressives Congress (APC) continues to struggle to stem the tide of defections as the Ebonyi State Deputy Governor, Kelechi Igwe, denied any plans towards that effect.

Igwe issued this denial via a statement issued by his Chief Press Secretary, Monday Uzor, in Abakiliki on Wednesday.

The announcement was made in response to a social media rumor that claimed Igwe had finalized arrangements to leave the APC.

The report was incorrect, according to Uzor, who added that it was an intentional effort to defame the deputy governor’s office and reputation.

“It is quite unfortunate that the purveyor of the report, being an Ebonyi indigene, was deliberately attempting to heat up the polity through dangerous speculations and misinformation.

“This is capable of undermining the peace in the state and I hereby state clearly that I remain a strong and bona fide member of APC.

“I have no intention to leave the party now or later,” Uzor further stated.

He also stated that the deputy governor had enormous responsibilities occupying his time, especially how to assist Gov. David Umahi to successfully anchor the transition programme.

“The public, and APC members in particular, should disregard such unfounded rumour peddled by those envious of the progress the party is making.

“The purveyor of that report should immediately retract it and tender unreserved apology to the deputy governor,” the statement added.

The rumor and denial came at a time the ruling APC was struggling to control the gale of defections that have hit the party soon after the party primaries to pick candidates for various elective positions in the 2023 general elections.

Discord in Rivers PDP, as aspirants fight over mandate