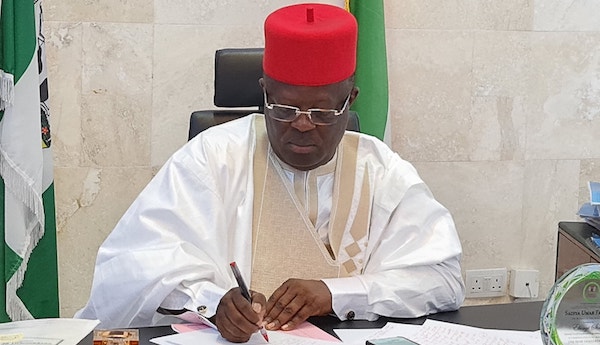 The Ebonyi State government on Wednesday imposed a dusk-to-dawn curfew in Effium and Ezza-Effium communities in a bid to end the violent crisis in the settlements.

The state’s Deputy Governor, Kelechi Igwe, disclosed this in a statement in Abakaliki.

The two communities which are located in Ohaukwu local government area of the state had been embroiled in deep crisis, leading to wanton destruction of lives and property in the two communities.

The crisis was reportedly caused by leadership tussle in the National Union of Road Transport Workers (NURTW) in the area.

The deputy governor said military and police operatives had been deployed to the communities to enforce law and order.

He said: “Miscreants and hoodlums, including mercenaries hiding in the forest and bushes are advised to vacate the communities immediately.

“We are saying this in their own interest because security agencies will leave no stone unturned in a bid to root them out.

“Also, those in the habit of raising a false alarm to distract and divert the attention of security agents are by this announcement advised to desist from such act.

“Such persons will be tracked, arrested, and prosecuted as one of those promoting the crisis.”

Related Topics:curfewEbonyi govt
Up Next