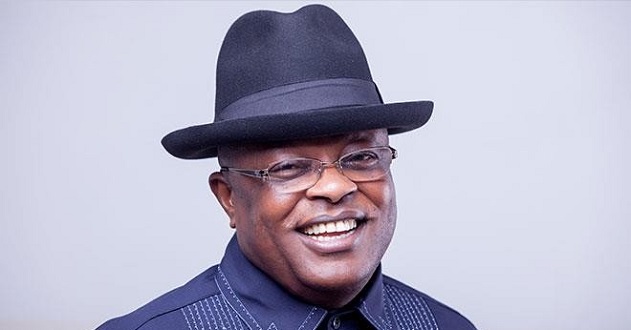 The Ebonyi State government has set up a 16-man transition committee earmarked to ensure a smooth ceremony for Gov. David Umahi’s second term in office.

That much information was made known to newsmen in the state capital, Abakaliki on Wednesday by Sen. Emmanuel Onwe, Commissioner for Information and Orientation after the State Executive Meeting on Wednesday.

The committee according to Onwe will be headed by Chief Austin Umahi, the Peoples Democratic Party (PDP) Vice Chairman for the South East Zone, who is also the governor’s elder brother.

“Dr Hyginus Nwokwu, Secretary to the State Government (SSG) will serve as co-chairman, while the state’s PDP Chairman, Mr Onyekachi Nwebonyi and the Commissioner for Information will co-serve as Secretaries,” he said.

The commissioner said that the committee also included the governor’s principal secretary, commissioners, special assistants, among other top government officials.

“The Speaker of the State House of Assembly and the State Chief Judge will also have a nominee each,” he said.

The development comes after Gov. Umahi made a passionate appeal to the Inspector General of Police (IGP) Mohammed Adamu, to suspend operation ‘Puff Adder’ security exercise in the state.

The appeal was made by Gov. Umahi on Tuesday in Abakaliki when the Assistant Inspector General of Police (AIG) in charge of zone 6, Musa Kimo paid him a courtesy call.

During the courtesy call, Gov. Umahi noted that the warring communities in Ikwo and Abakaliki Local Government Area (LGA) had stopped fighting and were living peacefully presently.