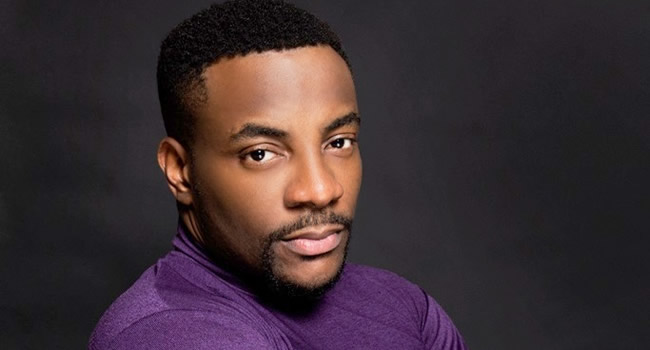 On Friday, March 26, Big Brother Naija host, Ebuka Obi-Uchendu topped the Twitter trending list after an agenda was instigated by social media feminists to dethrone him as the primary anchor of the popular reality show.

Ebuka has served as the host of the Big Brother Naija show since it was rebooted in 2017. He is also an ex-BBNaija housemate. He participated in the inaugural edition of the show in 2006.

Though he did not win the competition at the time; finishing in 8th place, he has redefined himself and built a legacy that is worthy of emulation.

Today, Ebuka is the face of BBNaija; his fashion sense, the weekly colloquial proverbs and most importantly, his ability to instigate emotions amongst the contestants and get into the hearts of housemates is noteworthy.

Enter feminist…
Last Wednesday, March 24, organizers of the popular reality show announced the commencement of the audition for the 6th edition.

Expectedly, the news was well-received, hundreds of Twitter users took to the microblogging site to air their excitement. However, the atmosphere quickly changed when a sect of decided to push their agenda.

Twitter feminist disclosed that they have had enough of Ebuka and they want a woman who can represent them. They want Ebuka to either share the stage with a woman or he should totally step down from his role as the anchor.

The premise of their debate is that Ebuka has had enough of the cheese, hence, it is time for a woman to emerge as the host of the show.

A particular Twitter user identified as @Folkeezy real name Daramola Oyinda instigated a debate on the social media platform when she made a tweet about gender inequality; stating that female anchors have been overlooked from hosting the reality show.

Read what she published;

“Why can’t a woman host BBN?

Why can’t BBN have 2 hosts?

There are no rules anywhere.

Also, nobody is taking anybody’s job.

If BBN replaces Ebuka it’s because he’s moved on to other things or they decided they wanted someone else; not because someone tweeted it.”

The tweet quickly went viral, trending throughout the weekend; planting a seed on how viewers are likely to perceive the show henceforth.

What next for BBNaija host, Ebuka?

Ebuka took on hosting duties from the show’s second season in 2017.

Meanwhile, Ebuka is one of the most popular television hosts in the country. Furthermore, he is also one of the highest-paid event anchors.

He has proven those who think he has always gotten whatever he wants on a platter of gold wrong. On several occasions, he has spoken about how he failed at some point in his life.

Unfortunately, social media trolls and naysayers on social media do not necessarily care about the wellbeing of anyone, especially celebrities, elites and other noblemen. In time past, we’ve seen cruel netizens level nefarious allegations against celebrities; there are no punishments for the trolls neither is there a form of remorse from the trolls.

After Twitter users have moved on with their lives; Ebuka Obi-Uchendu and Big Brother Naija organizers are left with an atmosphere of contract conundrum. They understand that the female demography is quintessential in determining the success of the show.

It would be interesting to see how the show plays out when it kicks off in a couple of months; Nigerian Twitter feminists are powerful; they are young, influential and ambitious women who are prepared to work as a unit to achieve a common goal.

The next couple of weeks leading to the show will be fascinating to watch, regardless of what happens, Ebuka remains one of the best television anchors to emerge from Nigeria.

Igbo senators call for arrest of perpetrators of Ebonyi massacre