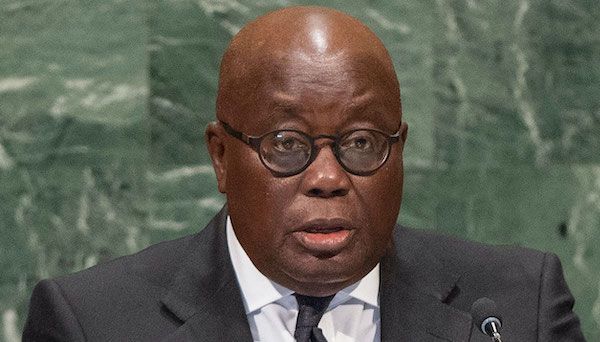 The Economic Community of West African States (ECOWAS) on Sunday demanded the immediate and unconditional release of ousted Guinean President Alpha Condé and other detained persons.

The Guinean military had in the early hours of Sunday captured the President and put him in detention in the capital, Conakry.

The leader of the military junta, Col. Mamady Doumbouya, said the 83-year-old Conde was captured following hours of gunfire in the capital, and warned the people to stay indoors.

The Chairman of ECOWAS Authority of Heads of State and Government, Nana Akufo-Addo, in a statement expressed concern at the recent political developments in the West African country.

The statement read: “ECOWAS notes with great concern the recent political developments which occurred in Conakry, Republic of Guinea. She condemns with the greatest firmness this coup attempt on Sunday, September 5, 2021.

“ECOWAS demands respect for the physical integrity of the President of the Republic, the Professor Alpha Condé, and his immediate and unconditional release as well as that of all the personalities arrested

“ECOWAS reaffirms its disapproval of any unconstitutional political change. She asks the defense and security forces to remain in a posture Republican and expresses its solidarity with the Guinean people and Government.”

Related Topics:ECOWASGuinea coup
Up Next