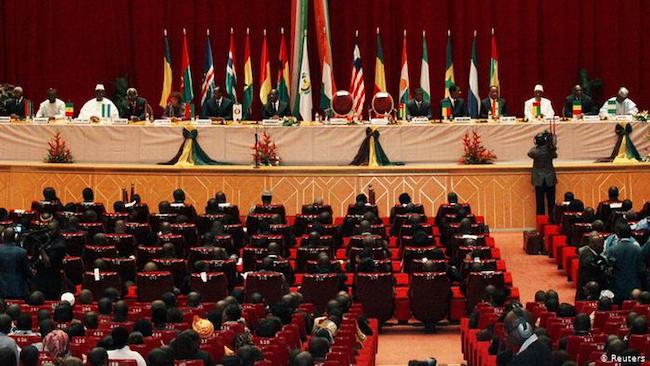 The Economic Community of West African States (ECOWAS) on Sunday imposed economic sanctions on Mali over the delay in the country’s transition programme.

The sub-regional body took the decision at its extraordinary summit held in Accra, Ghana.

In a communiqué issued at the end of the meeting, ECOWAS described as totally unacceptable the Malian government’s plan to hold elections in 2025.

The member countries insisted that the presidential and parliamentary elections slated for next month must go ahead.

They also agreed to impose sanctions including the closure of land and air borders and suspension of non-essential financial transactions, among others on the landlocked nation with immediate effect.

Mali was thrown into a constitutional crisis in August 2020 following the sack of the country’s President, Ibrahim Keita, in a military coup.

The military junta led by Col. Assimi Goita later detained the President and Prime Minister Boubacar Cisse in a military formation outside the country’s capital, Bamako.

The duo resigned from their positions shortly after their release by the junta.

Backed by ECOWAS, the country put in place an 18-month transition timetable slated to end on September 15 last year.