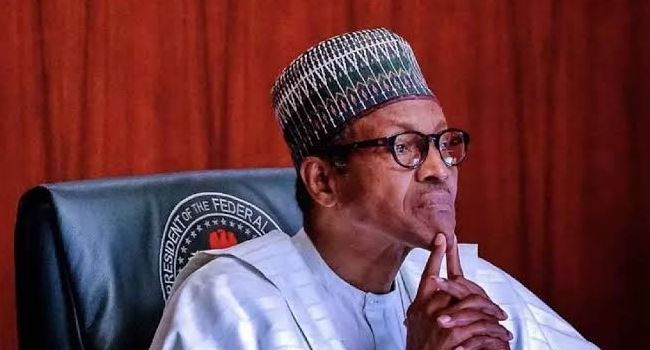 Nigeria is in crisis. Its leadership is floundering. Recent developments in Nigeria cause great anxiety, even near-hopelessness. What is clear is that Nigeria’s leaders cannot continue on the same path or they risk plunging the nation into even greater crisis.

For days now, revelations about primitive plundering of the resources meant for the development of the Niger-Delta region have both shocked and alarmed an already beleaguered nation. Nigerians have watched with mouths agape as allegations and counter-allegations of fraud running into billions of naira have been let flying from officials and ex-officials of the Niger Delta Development Commission (NDDC), as well as legislators and the Minister of Nigeria Delta Affairs, Godswill Akpabio.

This has been one of the clearest and grimmest examples of leadership failure in full public view. Akpabio, who is saddled with the responsibility of overseeing the reform of the dysfunctional NDDC has himself been accused of being one of the major causes of the dysfunction. Joy Nunieh, the ex-acting Managing Director of the commission, has accused Akpabio of corruption, mismanagement, and on a personal level, of sexual harassment. About two days ago, the nation woke up to something akin to street gang wars where law and order takes flight as Rivers State Governor, Nyesom Wike, led armed security personnel on what he called a rescue mission to free Nunieh from policemen who had laid siege to her house in Port Harcourt. He struck a triumphant note as he successfully relocated her to the government house. A faction of security personnel led by a governor overpowering another faction of security personnel in a nation supposedly governed by laws and with a president in power? We shudder in repulsion!

As if this was not enough, the National Assembly probing the allegations against the NDDC has also become mired in the scandal. Senator Peter Nwabaoshi, Chairman of the Senate Committee on Niger Delta, and a member of the committee probing the activities of the NDDC, has himself been accused of contract fraud totalling about N1 billion monthly. The Interim Management Committee (IMC) set up by Akpabio with President Muhammadu Buhari’s approval and led by Prof Keme Pondei, has also been accused of mind-boggling fraud. The much-talked about forensic audit that will finally set the commission on a new path has now been described as a scam in itself. Some days ago, Prof Pondei stormed out of the hearing of the House of Representatives ad hoc committee probing alleged fraud in the commission, accusing the chairman, Olubunmi Tunji-Ojo of corruption. This has been one giant web of confusion and messy leadership failure.

This is happening as the nation was only beginning to forget the shameful drama that took place barely weeks ago at the National Assembly when Festus Keyamo, Minister of State for Labour, got into a nasty shouting match with legislators over management of the proposed special public works scheme to engage 774,000 Nigerians in rural areas. It was the same story— allegations and counter-allegations of corruption. It is as if officials of government have very little respect for the institutions of government. This has been the long-feared result of years of institutional abuse and wanton self-aggrandisement. We are not surprised.

If leaders undermine the success of their own establishment, how can progress be attained?

In normal times, Nigerians could have hurriedly asked that these cases be forwarded to the Economic and Financial Crimes Commission (EFCC) by the Attorney General of the Federation for investigation. But alas! The EFCC and the office of the AGF are deeply enmeshed in a corruption scandal. The acting chairman of the EFCC, Ibrahim Magu, was arrested and detained for ten days by the presidency and subjected to rigorous interrogation by a presidential panel led by retired Justice Ayo Salami. The AGF and Minister of Justice, Abubakar Malami, has been at the centre of it all. Magu is accused of re-looting recovered loot, among other things. He was suspended by the president alongside other eleven senior officials of the commission. Malami, who is ostensibly leading the move to clean up the agency, has also been accused of corruption. He has had to put up detailed defence of his own conduct in office. The anti-corruption machinery of state has now been engulfed in corruption. What a mess!

Read also: EDITORIAL…. ONNOGHEN: Before Nigeria descends into a theatre of the absurd

To think that all these are happening at a time when Nigeria, like the rest of the world, is grappling with the COVID-19 pandemic that continues to claim lives and destroy livelihoods, make for even greater tragedy. Indeed, we are a nation under attack by human and natural adversaries. As we were struggling to cope with the revelations of decay accompanied by confused and counter-productive leadership response, news broke of how some leaders were defying COVID-19 protocols at our airports, threatening the health and safety of other citizens. This did not come as a surprise to many. The Nigerian elite has been at the centre of the dysfunction of the nation at all levels. Adamawa State Governor, Ahmadu Fintiri, and the former governor of Zamfara State, Abdulaziz Yari were both mentioned by the Federal Airports Authority of Nigeria (FAAN) as being guilty of the breaches. One would have thought that these leaders, who alongside their counterparts across the country, are responsible for the continuing decay in the health sector and other sectors at the state, local government and national levels, would be humble, nay ashamed, to be seen in public, let alone majestically flouting safety guidelines in the face of a devastating pandemic. But this has been the story of Nigeria.

President Buhari must realise that so much depends on the tone he sets as leader of this country and must forthwith steady the ship of the country by whipping his appointees into line and firmly handling the levers of state. A nation such as ours cannot thrive under detached and disconnected leadership, more so during a crisis.

With all these developments happening around the same time, how unfortunate can one nation be? Could it get any worse? Well, only days ago, the Inspector-General of Police, Mohammed Adamu, sent shockwaves across the country when he announced the disbandment of satellite offices and bases of the Intelligence Response Squad (IRS) and the Special Tactical Squad (STS), two of the widely-believed most successful police formations in the country led by the popular DCP Abba Kyari and DCP Yusuf Kolo respectively. Many fear that this move may greatly undermine their work which has seen major victories including the busting of major kidnapping rings like that of kidnap kingpin, Evans. Where do we go from here? If leaders undermine the success of their own establishment, how can progress be attained?

We demand that President Buhari, leaders of the National Assembly, and governors of the country rise to these challenges. They must realise that these are no ordinary times and that the people of this country are sick and tired of getting sick and tired of leadership failure.

President Buhari must realise that so much depends on the tone he sets as leader of this country and must forthwith steady the ship of the country by whipping his appointees into line and firmly handling the levers of state. A nation such as ours cannot thrive under detached and disconnected leadership, more so during a crisis.

The people have suffered enough. Enough of the betrayal of trust. Let’s end this madness of abject leadership failure now!

We demand that the National Assembly leadership put its house in order. It must work to build a reputation that cannot be impeached. Members of parliament represent the people, they must begin to act like it!

So much depends on the leadership of the governors. The fate of the states of the federation mostly rests upon the shoulders of these governors. They must begin to act with the realisation that they hold the key to the fortunes of the people in their domain. We demand greater responsibility, commitment and accountability from these governors.

The people have suffered enough. Enough of the betrayal of trust. Let’s end this madness of abject leadership failure now!