Home » Politics » Editorial… So, where is Leah Sharibu? 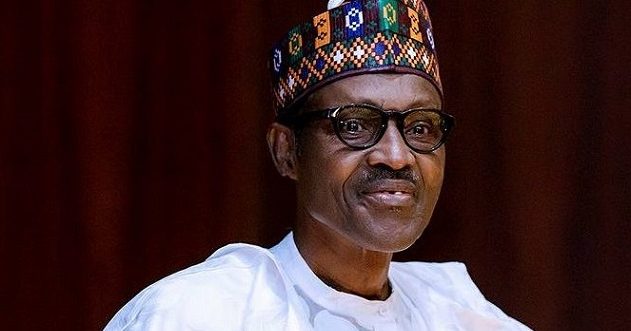 Recently, a report submitted to the United Nations Security Council (UNSC), was quoted as finding that Nigeria’s Federal Government, managed by the All Progressives Congress (APC) and Muhammadu Buhari, paid a huge ransom to the faction of Boko Haram that abducted some 110 girls from a secondary school in Dapchi, Yobe state, in February 2018.

The report is the clearest indication that Nigerians are aware of, which suggest that their government paid ransom to Boko Haram. This is despite a denial by Minister of Information and Culture, Alhaji Lai Mohammed, who said on March 21, 2018 when 109 of the girls were released by Boko Haram, that no ransom was paid.

It is however, immaterial, at the moment, that ransom was paid to secure release of 109 of the girls and empowering Boko Haram in the process because the release of the girls fell short of total satisfaction.

Leah Sharibu was one of the 110 girls abducted on February 19 at about 5:30pm. She spends her 181st day (six months) in captivity today. This is despite repeated promises amid clenched fists that she would be rescued and made to rejoin her family like her mates.

However, a worrisome aspect of her captivity is the information, by her fellow students who were released, that Leah was held back because she refused to renounce her Christian faith and declare for Islam as demanded by her abductors. She was also said to have managed to escape but was captured by a nomad Fulani couple and forced to return to Boko Haram captivity.

Reports had quoted Leah’s parent, Nathaniel Sharibu, as saying the family has been abandoned to its fate. Even assurances by Aisha Wakil, popular as Mama Boko Haram, who had assured that Leah would be released soon after her mates, have all gone up in smoke.

Wakil had appeared in several audio-visual publications where she pledged contact with Leah’s abductors and made assurances that she won’t be hurt.

After 180 days in captivity, no other hurt will break her as much as being held against her will and kept away from her family while knowing that those who suffered same fate with her are now free and enjoying the warmth of their families.

Nothing demonstrates government failure and lack of honour than the embarrassing silence that the Leah Sharibu matter has suffered in the hands of government. By its silence, the Nigerian government suggests that Leah’s life does not matter. It also suggests that she may have been sacrificed as part of ransom to free the Muslim girls.

Read Also: Believe me and not the UN, no ransom was paid for Dapchi girls— Lai

The Federal Government should know that its handling of the Leah Sharibu matter falls far below expectation. Nigerians expect more action towards her release and less excuses. She deserves to be back in the warmth of her family and back to school. No child, boy or girl, deserves to be ignored the way Nigeria has ignored and failed Leah.

We therefore believe that the Federal Government owes the Sharibu family an explanation on why their daughter has been allowed to suffer the pain of captivity in the hands of brutes who see her faith as an offence despite the constitutionally guaranteed freedom to belong and practice any faith of one’s choice.

The Nigerian government must now go beyond its rhetoric and ensure that Leah rejoins her family hale and hearty, after all, her father, a Policeman, also contributed to the money used in ransom payment for the release of other girls, through his tax.