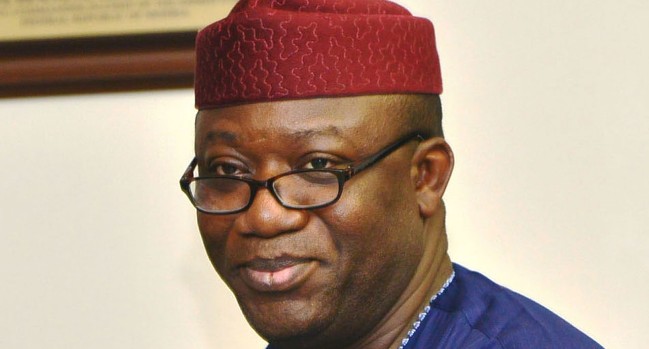 The Chairman of the Nigerian Governors’ Forum (NGF), Dr. Kayode Fayemi, disclosed on Monday that four states – Edo, Delta, Ekiti, and Ondo – are in talks to acquire the Federal Government’s 40 percent stake in the Benin Electricity Distribution Company, (BEDC).

Speaking at the NGF/Nigerian Economic Summit Group (NESG) Roundtable at the 25th Nigerian Economic Summit with the theme: ‘Sustaining Sub-National Competitiveness,’ Fayemi said the governor’s decision to acquire the federal government’s stake in the electricity firm was because the current operators are not investing in assets upgrade.

The Ekiti State governor said the federal government should play a minimal role in the power sector going forward, adding that state governments should be encouraged to partner with private sector investors to build mini and micro electricity plants in their territory.

Fayemi also faulted the current structure and operations of the Universal Basic Education Commission (UBEC), noting that the Commission concerns itself with mundane issues that should have been left to the state governments.

These, according to the governor, include issues such as deciding the textbooks to be bought, authors to be patronized and architectural structure of the schools irrespective of the actual needs of the schools.

He said: ““If you take electricity, one of the things we have been trying to do, states that are within the BEDC, which are Edo, Delta, Ekiti and Ondo, we have been trying get approval from the federal government to take over the 40 per cent shareholding that is still there, because the current operator of Benin Disco, as far as we can tell, are not investing enough.

“Because we have a contract mentality, the action plan that UBEC approves for you still emphasizes new buildings, rather than a renovation. These are things that really should not happen. It should not be the federal government getting involved in what schools Ekiti or Edo State build; what books they use in the school.”

Did N900m truly turn into paper in EFCC custody? The anti-graft agency reacts