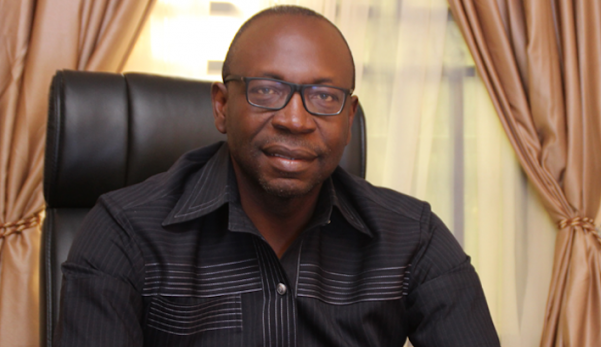 The All Progressives Congress (APC) governorship aspirant in Edo State, Pastor Osagie Ize-Iyamu said on Tuesday the party National Chairman, Adams Oshiomhole, has not endorsed any person for the party ticket ahead of the election holding in September.

Ize-Iyamu, who stated during a chat with journalists in Benin City, decried the intolerance among some APC members especially against those opposing the re-election bid of Governor Godwin Obaseki.

He described the action as political immaturity.

He said: “Shockingly, the National Chairman of the party is not supporting any of the governorship aspirants. I think support can only come in when a candidate emerges. What is important is to reach out to those across the divide and talk to the party leaders across the state.

“Crisis is not new in political parties. You solve them amicably. You do not take crisis to a level where the future relationship becomes impossible. I just think that there should be some level of maturity.

“It’s unfortunate that what we are seeing in Edo State shows political immaturity. Those who are politically mature realize that this is not the way to go. You must be tolerant to opposing views.

“We must understand that every office has a tenure whether as a party chairman or a governor. He (Obaseki) has a right to run for a second term. Whether he gets it or not depend on the party and the members. Yes, if he wants to aspire, he can try. but, your getting the ticket cannot be automatic.

Corruption deep-rooted in Nigeria before I came to power – Buhari