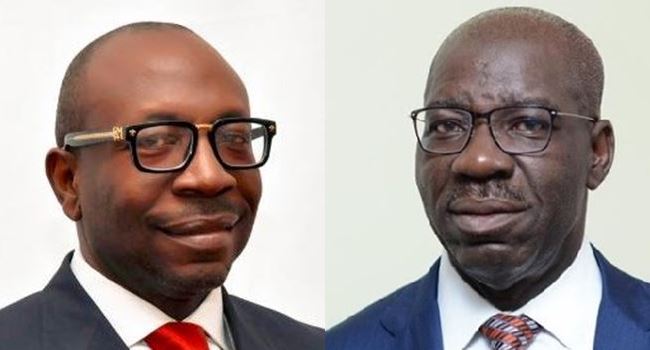 The group which registered its concern on Tuesday in a statement issued by its Convener, Clement Nwako, observed that some political parties are not adhering to the COVID-19 protocols saying most parties’ supporters disregard precautionary measures for COVID-19 prevention at campaign rallies.

The group also decried the spate of electoral violence and inciting statements being made by major political actors in the state.

The statement by the group reads thus; “Situation Room is concerned about the rhetorics and isolated incidents of violence in Edo State ahead of the September 2020 Governorship election.

“Public statements by candidates and leaders of the two main political parties is heightening political tension in the State and stoking violence.

“Issue-based campaigns have been relegated to the background and citizens are not being offered any real electoral choices.

“Recent actions by political actors indicate threats to the peaceful conduct of elections including squabbles over membership and leadership of the state House of Assembly.

“In addition to violence laden campaigns, Situation Room is worried that these campaigns are being conducted in total disregard of COVID-19 pandemic protection protocols of campaign and voting.

“Escalation of COVID-19 cases represent a threat to voter turnout and participation in the elections.”

The civic rights group also called on security agencies to take action in the light of some of the inciting statements made by major political actors in the state.

“Those statements in the eyes of the law are criminalized conducts, you do not incite or invoke fears in the populace so we are calling on the security agencies, these persons are not above the law.

“When people make such statements that run foul of the electoral act, security agencies should make arrest because they are criminalised conducts.” the statement concluded.