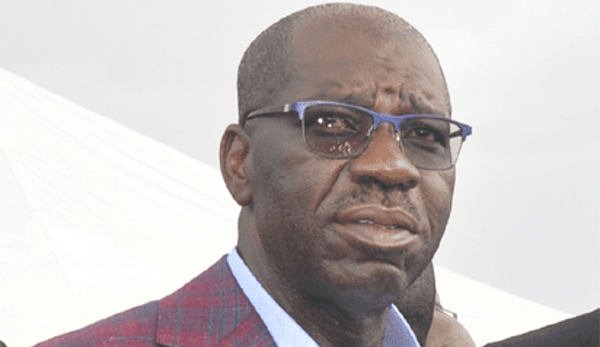 Edo State Governor, Godwin Obaseki, said on Tuesday, said he would seek re-election on the platform of the All Progressives Congress (APC).

The governor, who disclosed this while addressing members of the Obaseki Mandate Group, in Abuja, said several of his supporters had expressed the desire to pay for his expression of interest and nomination forms on any platform he chose to contest the election.

He, however, said he opted to remain in the APC which brought him to power in the first place.

Obaseki said he was humbled by the kind gesture of people of the state who put money together to pay for his forms.

The National Chairman of the APC, Adams Oshiomhole, said on Monday the party’s National Working Committee had approved a direct primary for the all the aspirants vying for the party governorship ticket ahead of the September 19 election in the state.

The APC will hold its governorship primary on June 22.

Related Topics:APCEdoGodwin Obaseki
Up Next