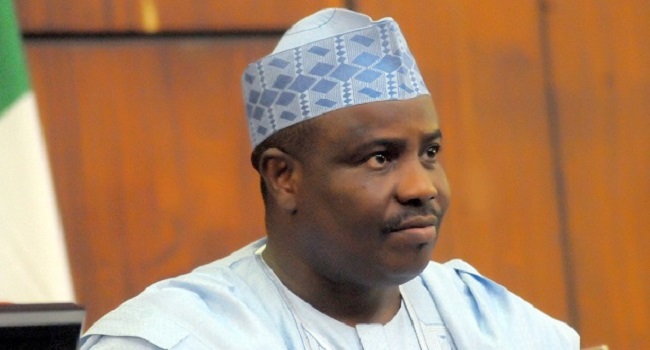 Governor Aminu Tambuwal of Sokoto State on Tuesday said the outcome of the governorship elections in Edo and Ondo and their credibility or otherwise, will determine the electoral legacy of President Muhammadu Buhari.

Governor Tambuwal, in a statement to mark the 2020 International Day of Democracy, spoke against the backdrop of the visa ban imposed by the United States of America on some Nigerian politicians for their alleged roles in the violence that characterised the November 16, 2019 governorship elections in Kogi and Bayelsa states.

According to him, there was urgent need to strengthen the nation’s electoral process, to restore the hope and aspirations of Nigerians in democracy.

He said: “Indeed the coming governorship elections in Edo and Ondo states are a test case of our preparedness for a rule-based and consent-enabled governance.

“In 2007, the United Nations General Assembly resolved to observe September 15 of every year as the International Day of Democracy, with the purpose of promoting and upholding the principles of democracy and invited member-states and organisations to commemorate the day in an appropriate manner that contributes to raising public awareness.

“The preamble of the resolution affirms that while democracies share common features, there is no single model of democracy and that democracy does not belong to any country or region…democracy is a universal value based on the freely-expressed will of people to determine their own political, economic, social and cultural systems, and their full participation in all aspects of life.”