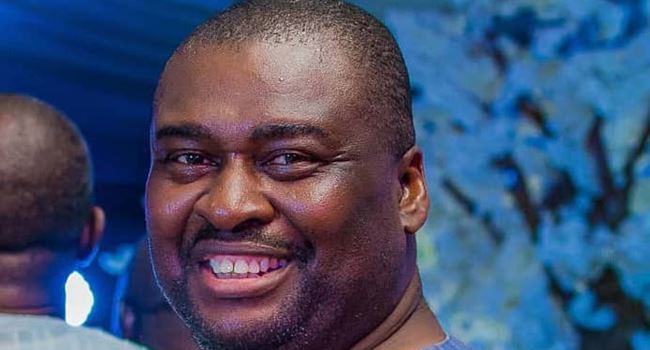 The Edo State chapter of the Peoples Democratic Party (PDP) on Friday said the state government is not owing lecturers of the defunct state owned college of Education, Ekiadolor who have been protesting in the last couple of days in Benin City.

The spokesman of the party in the state, Mr. Chris Osa Nehikhare, said this in a statement in Benin, adding that the lecturers were only whipping up sentiments to cover for their act of insubudination in carrying out lawful directives.

According to him, the staff of College of Education, Ekiadolor were asked to go and resume at Abudu with the closure of the institution but they rejected the offer even after earlier refusing to transfer their services to the state civil service.

Nehikhare said: “We consider these protests very serious especially as the allegations of non payment of salary was adduced as the reason for the protest for a government that is not owing any sector salaries including pension arrears.

“Adams Oshiomhole had no intention of fulfilling the establishment of Tayo Akpata University of Education while violating all budgetary, financial and accounting rules and regulations to complete his Iyamho project! It was obvious Adams Oshiomhole “sold a dummy” to Edo South people and leaders.

‘We wondered how a new University was built from scratch, got accreditation and started admitting students even as Tayo Akpata University of Education with existing infrastructure did not have even a toilet added to the existing structures talk less of admitting students in the Adams Oshiomhole administration.

“The newly “established” Tayo Akpata University of Education was eventually shut down, as there was no new student admission while infrastructural improvement was being carried out. As the college of education was winding down, staff salaries were being paid.

“Since the staff are workers of the state government, they were redeployed to the state College of Education with three campuses. They disobeyed the directive even after refusing to be absorbed into the state civil service.

“The affected staff are urged to comply with the directive of the state government and stop embarrassing themselves in the guise of protesting.”

It would be recalled that both academic and non-academic staff of the institution have been at loggerheads with the state government, accusing it of failure to pay them a backlog of 11 months salary.

They also accused the state government of failure to pay pensioners who retired from the school, during a protest to the Government House Benin.

During an appearance on a programme on Channels Television, the Chairman of the Coalition of Unions in the institution, Fred Omonuwa said the state government had not been sincere with plans of upgrading the college to a university and settling all outstanding wages owed to the staff.

In his reaction to the allegation, the State Commissioner for Education, Jimoh Ijegbai had insisted that the unions have not fulfilled their own end of the agreement to contribute 35 percent of their wages, adding that the protests were politically motivated.