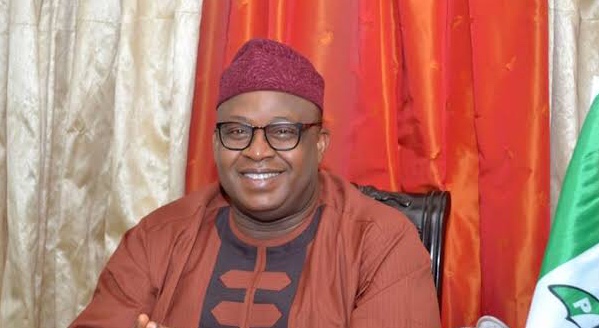 The Edo state chapter of the Peoples Democratic Party (PDP) has refuted claims of an internal crisis rocking the party in the State.

The party also seemingly took a position on the rumoured plan of the state governor, Godwin Obaseki, joining it.

The party took a stand, that its door was open should the embattled State governor decide to join the opposition party.

A former vice-chairman of Ikpoba Okha local government area, Jeffrey Osamede Edorodion, had earlier on Wednesday given indications that there was crisis in the State PDP.

Edorodion, who spoke to newsmen in Benin City, allegedly on behalf of some PDP stakeholders in the State, had called on the party’s candidate in the just concluded presidential election, Atiku Abubakar, national chairman of the party, Uche Secondus, the Board of Trustees and the South-South governors, particularly, the Rivers state governor, Nysom Wike and his Delta state counterpart, Ifeanyi Okowa to look into the supposed crisis in Edo PDP and address it before it took a different dimension.

But reacting to enquiries made by Ripples Nigeria, State publicity secretary, Chris Nehikhare, stated that there was no crisis, and that those who addressed a press conference were not serious members of the party.

According to him, Edorodion was an unknown person to the State PDP.

He said, “This guy who gave the press this brief may not have been at this very large stakeholders meeting. Ask him if he really was a serious stakeholder, why was he not invited?”, he said, referring to a stakeholders meeting held on Tuesday at the residence of Chief Gabriel Igbinedion.

The meeting that was called at the instance of the state chairman, Chief Dan Osi Orbih, reportedly had in attendance, leaders of the party from the eighteen local government areas as well as all the members of the state executive.

The party, at the meeting, also addressed rumours that the state governor, Godwin Obaseki was planning to dump his party, the All Progressives Congress (APC) for the opposition PDP.

Documents from the meeting sighted by Ripples Nigeria showed that the State chairman of the party, Chief Orbih, who spoke on the matter, said if Obaseki approached the party, its doors were open.

Orbih was quoted in the document to have said, “One issue that keeps coming up in the build up to next year’s Guber election is whether Obaseki is coming to join us? My answer is I don’t know.

“Will you receive him if he wants to join us? My answer is Yes, our party membership is open to all Nigerians who want to join. Are we going to give automatic ticket to him? There is no provisions in our party constitution that guarantees automatic ticket for anyone contesting Guber ticket.

“Our Governorship candidate will be chosen in compliance with the provisions of our party constitution”, he stated.

Chief Orbih who spoke on the protracted House of Assembly and APC crisis as it affects Edo State and PDP, confirmed that over five persons have signified interest to contest for the gubernatorial election under the party and implored them to go about their campaigns in an orderly, civilized and matured manner.

Sowore took to protest because he lost presidential election —Oshimhole