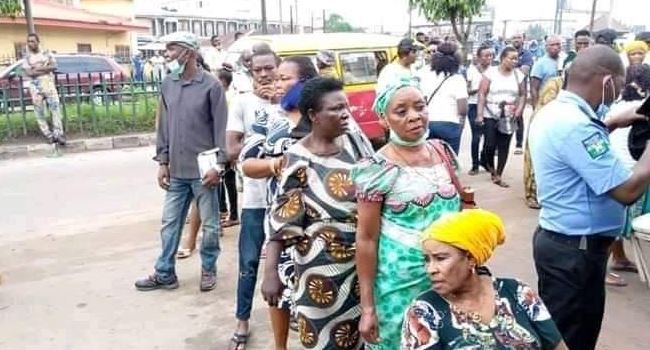 The failure of card readers provided by the Independent National Election (INEC) for the ongoing governorship election in Edo State, to recognise fingerprints of voters in seven polling units has been reported.

The News Agency of Nigeria (NAN) reports that the card readers provided in Esan West and Esan Central Local Government Areas of Edo easily identified the voters’ cards, but failed to authenticate their fingerprints.

According to NAN, the failure was also noticed at the polling units in Ward 5 (Uhunmudumu Primary School), and units’ 14, 15 and 16 (Emado Primary School) in Ekpoma, Esan West Local Government Area.

It further reported that the same was applicable in units 5 and 6, Ward 6 (Idumebo Primary School), in Esan Central Local Government Area. However, NAN reports that the voters were still allowed to vote after the cases were incidented on INEC form after which the voters were made to thumbprint in the form.