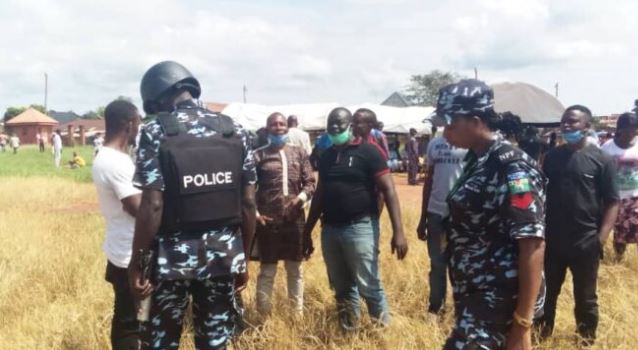 An outbreak of electoral violence in Urhonigbe, Orhionmwon local government area of Edo State has forced security personnel, willing voters, and officials of the Independent National Electoral Commission (INEC) to flee the area.

The development was confirmed on Saturday by an INEC official (who declined to be named) who informed that the electoral process was disrupted in about six units in Urhonigbe, Orhionmwon local government area.

READ ALSO: EDO VOTERS GO TO POLL: Are we in for the closest race ever?

According to the INEC official who is currently in protective custody, INEC ad hoc staff in the area are currently at the Urhonigbe Police Station after they were forced to flee the area.

He said; “Units 1, 2, 3, 5, 6 and 9 in Registration Area RA 08 Urhonigbe South, Orhionmwon LGA have been disrupted. There were sporadic gunshots everywhere. Ad-hoc staff, Security personnel, and voters are on the run. Some of the staff are now at Urhonigbe Police Station.”