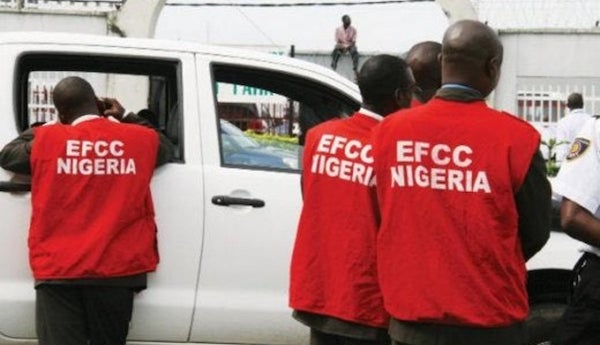 The Economic and Financial Crimes Commission (EFCC) on Thursday apologized to a former spokesman to President Goodluck Jonathan for his arrest at the Murtala Mohammed Airport in Lagos.

Okupe, who was on his way out of the country to the United Kingdom for medical check up was arrested and detained by operatives of the Department of State Security (DSS).

Read also:DSS confirms arrest of Okupe, hands him over to EFCC

He was later handed over to operatives of the EFCC, which however, later released him, saying the arrest was in error.

Okupe reveals EFCC “apologised for error” regarding arrest by DSS

The former spokesman of the Labour Party presidential campaign, issued a statement over his saga in the hands of the security and anti-graft agencies.

Okupe claimed that the Federal High Court in Abuja had already confiscated his passport before finding him guilty of breaking the provisions of the Money Laundering Act that carried a two-and-a-half-year prison sentence.

According to him, senior EFCC officials in Lagos and Abuja have apologized for the blunder in his arrest.

He made this clarification via a tweet, narrating his ordeal.

“I was arrested and detained at the Murtala Mohammed International Airport, Lagos this morning, January 12, on my way to the UK for medicals, years after my passport was withheld by the FHC, Abuja.

“I just left the EFCC office where the senior and younger officers in Lagos and Abuja apologised to me for the error.”

I was arrested & detained @ the MMIA, Lagos this morning, 12th Jan on my way to UK for medicals; years after my passport had been withheld by the FHC Abuja.
I just left the EFCC office where Snr Officers in Lagos & Abuja appologised to me for the error.

Earlier, one of Okupe’s lawyers, Tolu Babaleye, reacted on Facebook bemoaning the arrest of his client.

After being found guilty of money laundering by the Federal High Court of Abuja, Babaleye said that the DSS had asked him to present court records showing that he had chosen to pay a fine.

“When will this harassment stop? Who is after Dr Okupe? As of today, the man has no case to answer, I hereby demand that the DSS should release my client immediately as this is a violation of his freedom of movement, right to liberty and dignity as a human person. This is unfair as the man’s health is fast failing,” he wrote.

DSS confirms arrest of Okupe, hands him over to EFCC