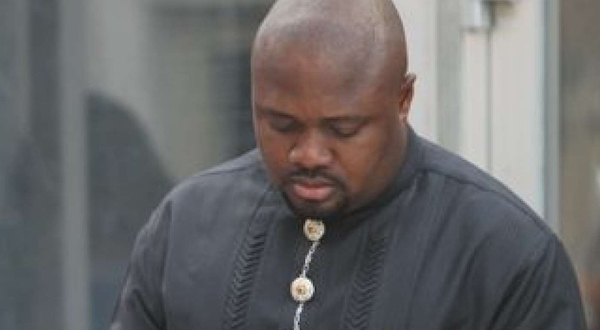 An appeal has been filed by the Economic and Financial Crimes Commission (EFCC) against the judgement of Mohammed Idris who on Thursday freed Warimapo-Owei Dudafa and Iwuejo Joseph of corruption charges.

Mr Dudafa, a cousin of ex-President Goodluck Jonathan, and Mr Joseph were charged with laundering N1.6 billion by the EFCC.

In the appeal filed on Friday by counsel to the antigraft agency, Rotimi Oyedepo, the court was asked to upturn the decision of Mr Idris and find the defendants guilty.

According to the appeal, “The learned trial Judge erred in law when in discharging and acquitting the Respondents on count of conspiracy held at page 100 of the judgement as follows “The 1st and 2nd Defendants both in their respective defence stated that they did not know each other until the time of their arrests.”

The EFCC, in its first ground of appeal, claimed the decision of the judge was contrary to “the principle of law which states that a person may be convicted for conspiracy by his mere assent to and encouraging the design although nothing may have been assigned or intended that the conspirators should take part in the crime as principals in the first or second degree. See ERIM VS STATE (1994)5 NWLR (PT.346)522.”

“The learned trial Judge erred in law when his Lordship held at pages 107-108 of its judgment thus: “the prosecution has relied on Exhibits H8, H9,H11,H13 and H14 which are the extrajudicial statements of the 2nd Defendant and Exhibits 68, 69,611,612,613 and G14 which are also extra judicial statements of the 1st Defendant without proffering further evidence to corroborate same.”

“The learned trial Judge erred in law when his Lordship in discharging and acquitting the Respondents on counts 2-9 failed to consider, rely on and or ascribe any probative value to the evidence adduced by the Appellant showing that the Respondents concealed proceeds of an unlawful act.

“The learned trial Judge erred in law when after agreeing with the Appellant that the burden of proving the predicate offence in modern times lie on the Defendants to show the source of the money which has been said to be disproportionate to his known source of income, his Lordship turned around in discharging and acquitting the Respondents on counts 2-9 of the charge and held at page 111 of the judgment as follows: “However, the 1“ Defendant has sufficiently proved where the money lodged in the various account Exhibit A, B, B1, 82, B3 and F were proceeds of funds raising held for the Anglican Church Otuoke of which the former President Goodiuck Jonathan was holding in trust.

“The Prosecution made no attempt to rebut this assertion made in defence. The prosecution refused to call the vital witness that would have helped their case. The 1“ and 2″‘1 Defendant are hereby discharged and acquitted of counts 2-9 of this charge as the Prosecution have failed to prove some beyond reasonable doubt”, the commission said.

The EFCC also said the trial judge “erred in law when his Lordship held that the Appellant failed to call vital witnesses.”

The commission argued that “the prosecution need not call any number of witnesses or hordes of witnesses or even call all material witness since in law a sole credible witness Is sufficient to prove a charge, not requiring corroboration in law.”

In its request of reliefs from the appellate court, the EFCC said it hoped the court would issue “an order allowing the appeal, an order convicting the respondents as charged, an order sentencing the respondents as prescribed by the Money Laundering Prohibition Act, 2011 as amended and the Economic and Financial Crimes Commission Establishment Act,2004, and any other order the Court may deem fit to make in the circumstance under Section 15 of the Court of Appeal Act 0; C36, LFN.”