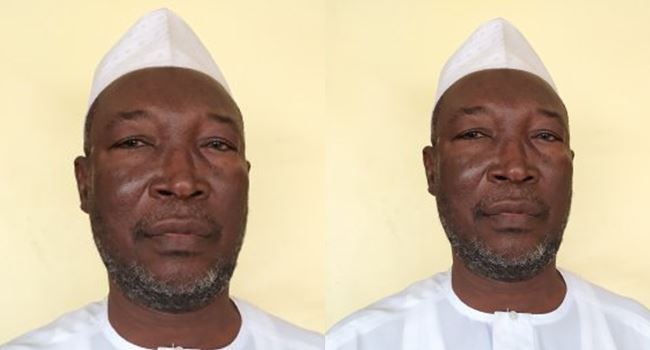 He was arraigned by the Economic and Financial Crimes Commission (EFCC) Kaduna zonal office.

The anti-graft agency arraigned him alongside one Annas Shehu, a business man and Managing Director, Bilnas Printing Press, before Justice Kabiru Dabo of the Kaduna State High Court sitting in Zaria, Kaduna State.

The commission levelled against them, a five-count charge bordering on conspiracy, diversion of funds meant for the college through award of phony contracts and receiving gratification.

Their trouble started when the zonal office received a petition by Civil Society Legislative Advocacy Centre (CISLAC) in August, 2018 on the fraudulent activities of the College officials.

The petitioner alleged that the management of the college, between 2010 to date conspired and diverted funds meant for the college through award of phony contracts, disbursement of funds for fake studies and conferences.

The petitioner further alleged that the management staff acquired properties they failed to declared; besides, the school management allegedly labelled old projects as new ones and, in the process, defrauded the government with hundreds of millions of Naira.

One of the counts read: “That you Moukhtar Ibrahim Maccido (A.k.a Ibrahim M.Danyaya) whilst being employed as a public servant and the provost of the Federal College of Education, Zaria, between 2008 and 2016, in Zaria within the Zaria Judicial Division of the High Court you corruptly benefited the sum of N3 million transferred from Access Bank account 0057671534 of one Annas Shehu, a contractor with the Federal College of Education, Zaria, Access Bank account 0028039303 0n 21/03/2014 and thereby committed an offence contrary to and punishable under Section 8 of the Independent Corrupt Practices and other Corrupt Related Offences Act, 2000”.

The defendants pleaded not guilty to the charges against them prompting the prosecuting counsel Dr. Ademu-eteh to asked the court to fix a date for commencement of trial.

But counsel to the defendants, Yemi Adekunle, made an oral bail application for the bail of his clients, pursuant to Section 176 and 177 of the Kaduna State Administration of Criminal Justice Law 2017.

While granting the defendants bail, Justice Dabo, ruled that they should produce two reliable sureties, each within the jurisdiction of the court who shall have N15 million in their bank accounts with a commercial bank. The Judge further ordered the defendants to deposit their International Passport and those of their sureties with the court.