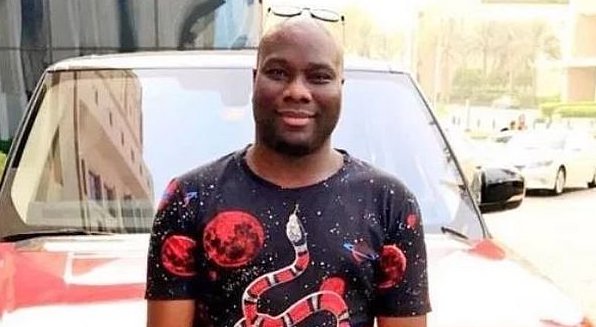 The Economic and Financial Crimes Commission (EFCC) Thursday arraigned the duo of Kayode Phillip and Hamza Koudeih before Justice Muslim S. Hassan of the Federal High Court, Ikoyi, Lagos, on a 25-count charge of conspiracy and money laundering.

A statement issued by EFCC’s Head of Media and Publicity, Wilson Uwujaren, said the defendants, who are high-valued targets in Organized Cyber Syndicate Network, were arrested for their alleged involvement in various cyber crimes and money laundering.

One of the count reads: “That you, Kayode Phillip (a.k.a Voice of the King) and Hamza Koudeih (a.k.a. HK) sometime in May, 2019 within the jurisdiction of this Honourable Court conspired among yourselves to commit an offence to wit: conversion of the aggregate sum of $7, 069, 000, £1, 000, 000 ( and €80,000 which sum you reasonably ought to have known form part of the proceeds of fraud and you thereby committed an offence contrary to Sections 18 (a), 15 (2)(d) of the Money Laundering Prohibition Act, 2015 and punishable under Section 15(3) of the same Act.

The defendants pleaded not guilty to the charge preferred against them by the Commission.

Following their pleas, the prosecution counsel, Abass Mohammed, prayed the court for a trial date and asked that the defendants be remanded in Correctional Service custody as the detention facilities of the EFCC custody had been over-stretched.

Counsel to the first defendant, Oladele Falana, however, informed the court that he had filed a bail application on behalf of his client and served same on the prosecution today.

He, therefore, craved the indulgence of the court for the earliest date possible to hear the application.

Related Topics:EFCCmoney laundering
Up Next