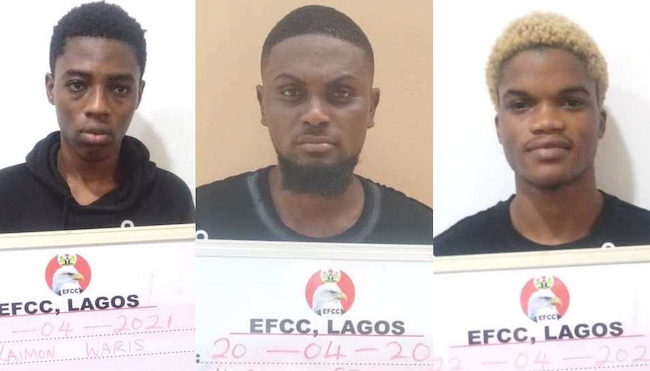 Operatives of the Lagos Zonal Office of the Economic and Financial Crimes Commission (EFCC) have arrested 18 suspected internet fraudsters in Lagos State.

A statement by Wilson Uwujaren, ETCC hwas of media and publicity noted that the suspects were arrested during sting operations on both Second Gate Estate, Oke-Iranla, Ajah, Lekki, and Victoria Garden City, VGC, Lagos on April 19 and April 20, 2021, following verified intelligence on their alleged involvement in computer-related fraud.

Items recovered from the suspects include cars, mobile phones and laptop computers.

He said they would soon be charged to court.