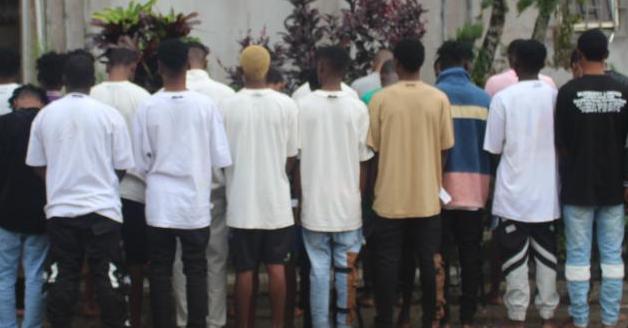 The EFCC’s Head of Media and Publicity, Wilson Uwujaren, who disclosed this in a statement on Monday, said the suspects were arrested in two locations in Benin City, the state capital, on September 12.

The statement read: “Among those arrested were suspected fraudsters who, a few weeks ago, surfaced in a viral video standing on top of their cars and throwing bundles of Naira notes into the air at a popular Plaza in Benin City.

“They had embarked on a similar mission at the same venue on Sunday before they were intercepted by the commission’s operatives at the exit gate.

“The other suspects were arrested at their hideout in Benin City.

“Other items are laptop computers, phones, documents, and identity cards.

“The suspects have made useful statement and will be arraigned in court as soon as investigations are completed.”

Related Topics:EdoEFCCinternet fraudsters in Edo
Up Next