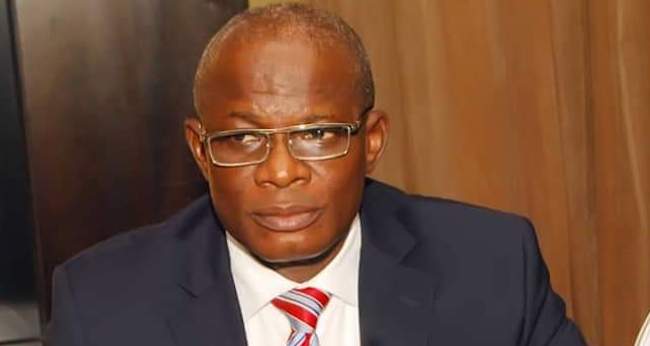 The Economic and Financial Crimes Commission (EFCC) has arrested a former Attorney-General and Commissioner for Justice in Akwa Ibom, Uwemedimo Nwoko.

Nwoko was arrested on Tuesday in Uyo, over an alleged money laundering.

The EFCC’s Head of Media and Publicity, Wilson Uwujaren, confirmed the ex-commissioner’s arrest.

He said: “Yes, the story is true he ( Nwoko) has been arrested.”

He, however, refused to disclose how Nwoko was arrested by the EFCC operatives.

The commission had named the ex-commissioner as an accomplice in the alleged N1.4 billion money laundering charges filed against a former President of the Nigerian Bar Association (NBA), Paul Usoro, at the Federal High Court, Abuja, in 2018.

The EFCC alleged that Nwoko and some other former officials of Akwa Ibom State government allegedly connived with the ex-NBA President to launder the money.

The anti-graft agency re-arraigned Usoro on a 10-count charge of alleged N1.4 billion fraud in March 2019 while Nwoko and other accomplices were said to be at large.

The accomplices, according to EFCC, include the Akwa Ibom State Commissioner for Finance, Nsikan Nkan; the state’s Accountant-General, Mfon Udomah; and one Margaret Ukpe.

Related Topics:#featuredEFCCUwemedimo Nwoko
Up Next