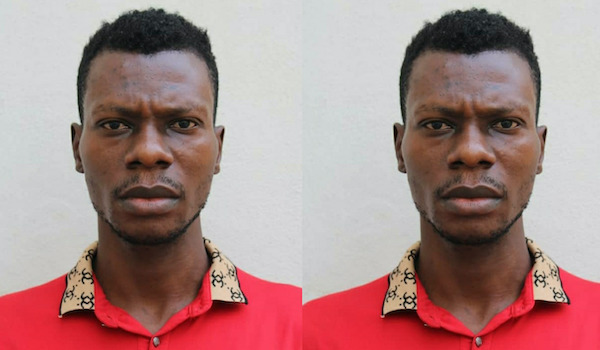 The EFCC’s Head of Media and Publicity, Wilson Uwujaren, who disclosed this in a statement on Friday, said the suspect was arrested along Ritman University Road, Ikot Ekpene, Akwa Ibom State.

According to him, Inyang ran into trouble when his brother-in-law, one Charles Bassey Udonde, whom he had offered to help secure employment with an International Oil Company petitioned the commission.

He said: “According to the petitioner, in 2016, the suspect collected N2.6million from him for Health and Safety Environment 1, 2, and 3 Certificate, police clearance, governor’s recommendation letter, basic diploma in occupation safety, and job processing fee, amongst others.

“ The complainant in his petition to the EFCC alleged that the suspect asked him to bring in more people as he had ‘slots’ and wanted to help more people secure employment.

“Investigations by EFCC revealed that the petitioner’s ordeal started in 2015 when the suspect met his wife (the complainant’s sister). He had presented himself as a medical doctor and staff of University of Uyo who recently got employed in an International Oil Company and wanted to settle down.

“In 2016, they got married and the suspect informed his wife about the employment opportunity in the oil company.

“The suspect asked his wife to inform her brother (the complainant) about the opportunity as his uncle who is a director in the oil company, had slots.

“Believing her husband, the wife informed the brother and assisted with part of the money the husband requested for.

“It dawned on them that the suspect is a serial fraudster when he was arrested by one of the security agencies (The Nigeria Police Force) in 2017, for scamming other people, using the same method. The matter is still in court.

“The suspect, who has been confirmed as an impostor, was arrested with a stethoscope and a Samsung S6 tablet.

“He will be charged to court as soon as investigation is concluded.”

Related Topics:EFCCmedical doctor
Up Next

Court sentences two internet fraudsters to one year imprisonment each