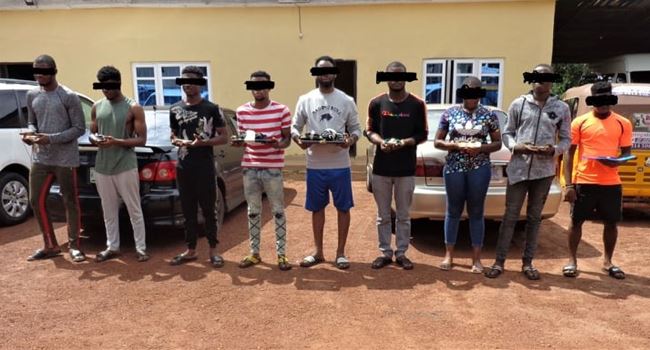 Nine suspected cybercrime criminals were arrested by the operatives of the Economic and Financial Crimes Commission, (EFCC), on Friday.

They were arrested at Mexmemphis Properties and Apartments, Maryland District of Enugu State.

It revealed that the suspects were arrested base on an intelligence report concerning their suspected criminal activities.

Part of the statement read that “On the strength of the information, the EFCC raided the home of the suspects and arrested them.
“Items recovered from them include mobile phones, laptop computers, two Toyota Corolla vehicles with the registration number DM 722 YAB and LSR 468 FW, etc.

“The suspects will be charged to court when the investigation is concluded,” Uwujaren stated.