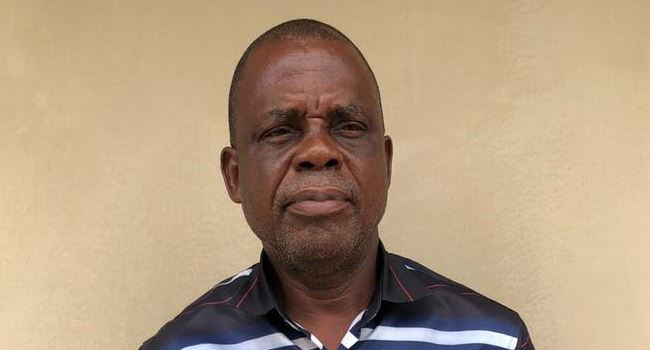 The operator of a grand Ponzi Scheme, “No Burn Global Limited”, Umanah Umanah, has been arrested by operatives of the Uyo Zonal Office of the Economic and Financial Crimes Commission, (EFCC).

A statement on Tuesday by the EFCC Head, Media Publicity, Dele Oyewale, said Umana was arrested recently in a hotel located at the Osongoma area of Uyo, Akwa Ibom State, following a petition sent to the commission by one Joseph E. Uko, who alleged that Umanah swindled him of over N2.9 million and subsequently issued him a cheque for N500,000 that was never honoured as the account in question was not funded to cover the sum for which the cheque was issued.

According to the petitioner, after several months of expecting to receive his 50 per cent returns on investment, without any success, he decided to get back his invested funds.

He said that all the efforts he made to get back his money proved abortive as Umanah deserted his office located at Plot 110-Unit D, Ewet Housing Estate, Uyo and went into hiding until operatives of the EFCC smoked him out.

Before his arrest, Umanah, 62, allegedly lured people to invest in his company, by assuring them of a bogus 50 per cent interest within one week. He allegedly operated smoothly in a number of states, including the Federal Capital Territory (FCT), but denied any knowledge of the petitioner and the evidence of his allegations against him.

While being interrogated, Umanah told operatives of the anti-graft agency, “I am the Chief Executive Officer of No Burn Global Limited. The company is a consultancy and entrepreneurship service provider. It provides information and stimulates ideas. I was shocked to see the cheque as a source of a petition against me. It is my handwriting on the cheque. But I have never met Joseph Ukoh Eboh before in my life”.

However, investigation into the matter revealed that Umanah is the leader of a syndicate of advance fee fraudsters, who had operated in various states like Rivers, Bayelsa, Cross River and Abuja amongst others.

He was also reported to be operating along the West Coast, especially Ghana and Togo.

The EFCC said it would soon charge the suspect to court.