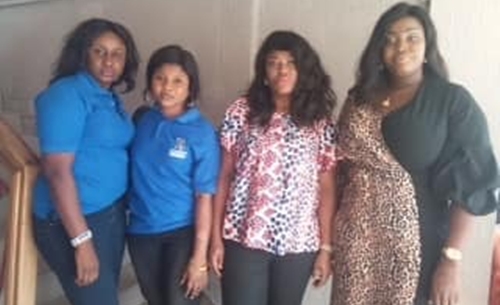 The ponzi operators were said to have defrauded members of the public of about N2,000,000,000

The scheme promised people with ten percent (10%) weekly returns on investment over (6) Months.

It was also gathered that the Scheme promised total returns of invested capital after six months.

The anti-graft spokesman, Wilson Uwujaren disclosed this in a statement in Abuja.

He added, “Nineteen members of staff of the company were rounded up on Friday, August 30, 2019 in Port Harcourt.

EFCC added that Princess Tsaroigbara, Public Relations Officer ( PRO) of the Company told interrogators that her company was into “Digital Financial and other Technological Services” and was not sure if the company was fully registered with the Security and Exchange Commission, SEC, and the Central Bank of Nigeria, CBN.

Further, EFCC disclosed that scores of alleged defrauded customers thronged the premises of the Company seeking the intervention of the Commission.

Items recovered from the company are computer units and a sum of N459,300.

Uwujaren affirmed that the suspects would be charged to court as soon as investigations are concluded.