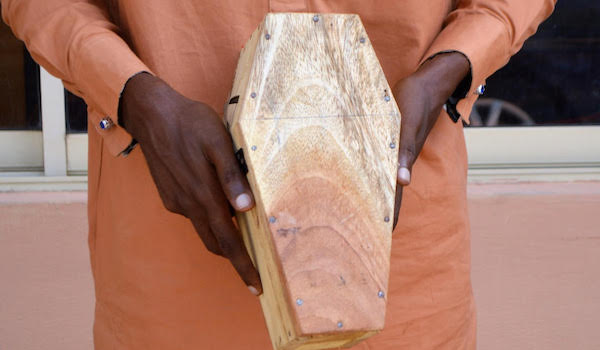 A suspected internet fraudster, Azeez Adebowale, was on Monday arrested with a mini- coffin containing fetish materials by operatives of the Economic and Financial Crimes Commission (EFCC) in Ibadan, Oyo State.

The suspect, according to a statement issued by the EFCC Acting Head of Media and Publicity, Tayo Orilade, was arrested during a raid on his home in the ancient city.

Adebowale, who claimed to be using the coffin as a soap rack, was among the six persons arrested by the EFCC operatives following weeks of intelligence gathering on their alleged involvement in internet fraud.

The suspects were arrested in Oluyole and Alao-Akala Estates areas of Ibadan.

“Items recovered from them include four cars, various brands of sophisticated phones and an Automated Teller Machine (ATM) card,” the statement added.

Related Topics:EFCCInternet Fraudster
Up Next

I’m on self-isolation, not quarantined for coronavirus – NCDC chief

House denies suspension of plenary over possible spread of coronavirus