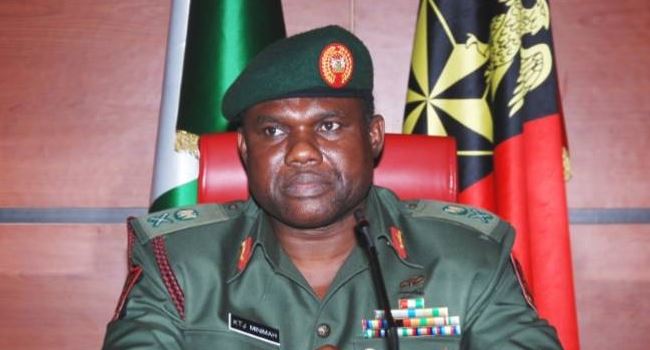 A former Chief of Army Staff (COAS) Lt. Gen. Kenneth Minimah, has bern charged by the Economic and Financial Crimes Commission (EFCC) over the alleged diversion of N13 billion meant for procurement of arms while he was in office.

In the suit, the EFCC said it had on August 15, 2016, received a report by the Committee on the Audit of Defence Equipment Procurement in the Nigerian Armed Forces (CADEP) from 2007- 2015, chaired by AVM Jon Ode (rtd) indicting Minimah and other top military officers in the fraud.

A statement by the anti-graft agency on Wednesday, said the CADEP audit report alleged that between 2010 and 2015, “several billions of Naira were received by the Nigerian Army from the Federal Government for procurement of military hard-wares and were discovered to have been misappropriated by Senior Army officers.”

“This caused huge loss to the Nigerian Army and the Federal Government of Nigeria through the unlawful gains made by the aforementioned officers who converted the monies for their personal use.

“The legal advice on the investigation opined that a prima facie case has been sustained against the officers,” the EFCC stated.

It added that the outcome of investigations led to the filing of charges against the three officers fingered in the alleged fraud, and
consequently, wrote to the Nigerian Army, requesting the three officers to make themselves available for arraignment.